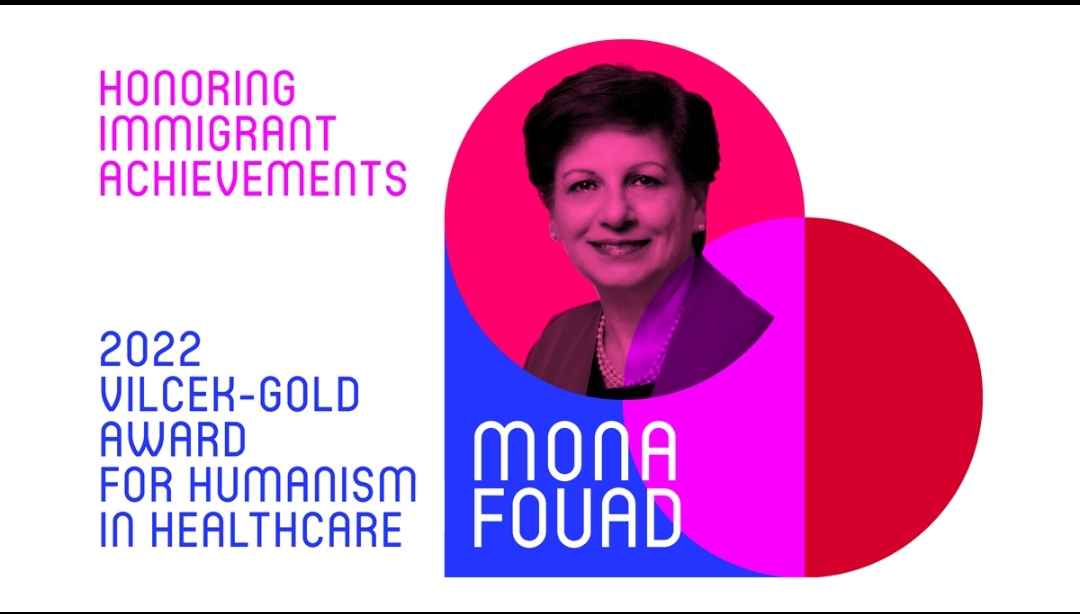 Dr. Abdelaziz Konsowa, President of Alexandria University, congratulated Dr. Mona Azab Fouad, a graduate of Alexandria University and Vice Dean of the Faculty of Medicine at the University of Alabama Birmingham, USA, on the occasion of her winning the vilcek-gold award for humanity in health care for the year 2022, which is a joint initiative of the vilcek foundation and the gold foundation foundation It is awarded to immigrant healthcare professionals in the USA, for their positive impact of care in the community.

Under the patronage of Dr. Abdelaziz Konsowa, President of Alexandria University, the Higher Institute of Public Health organized yesterday morning a celebration on the occasion of the World Environment Day under the title (Our Land...Our Future), in the presence of Dr. Mohamed Abdel Azim Abul-Naga, Vice President of Alexandria University for Community Service and Environmental Development Affairs. Dr. Heba El-Kady, Dean of the Institute, the Higher Institute of Public Health, Dr. Sameh Riad, Undersecretary of the Ministry of Environment in Alexandria, deputies, a large number of institute professors, researchers, representatives of the Ministry of Health and Environment, and professors from the faculties of science and engineering, the Directorate of Agriculture, and electricity and energy companies, in the conference hall of the Higher Institute of Public Health. 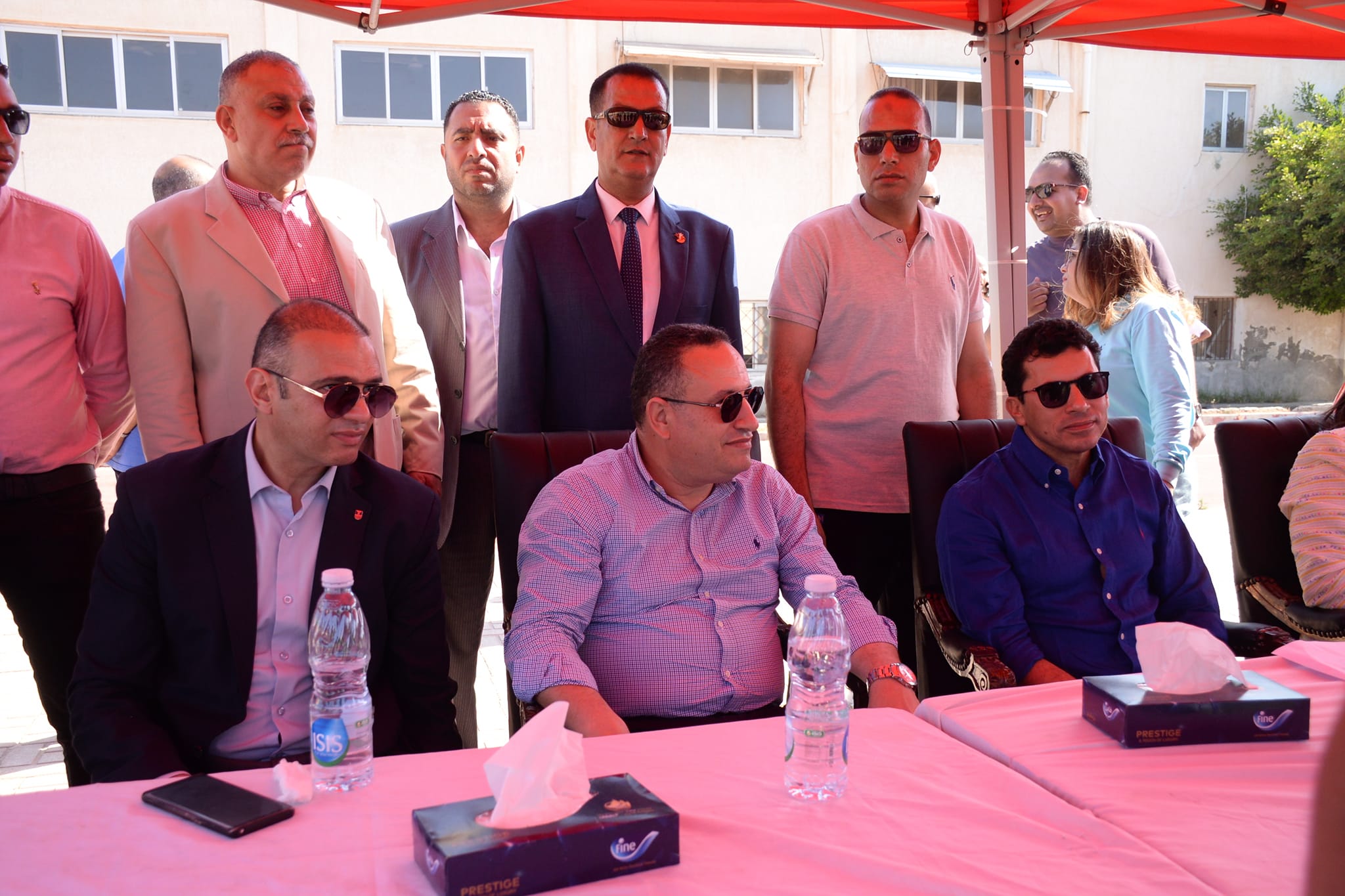 Dr. Ashraf Sobhy, Minister of Youth and Sports, Dr. Abdelaziz Konsowa, President of Alexandria University, Dr. Mohamed Bilal, Dean of the Faculty of Physical Education in Abu Qir, and the faculty’s representatives, inaugurated on Friday, 3rd June 2022, the fitness hall, and a football field with artificial grass. At the Faculty of Physical Education in Abu Qir, with the support of the Ministry of Youth and Sports to serve the students of the college and the outside community, which is a new addition to the vital facilities of the college, and helps in receiving sports teams in various Olympic games inside the faculty

The Minister of Youth and Sports and the President of the University also witnessed the activities of the final competitions of the “First Competitive Evaluation Forum” for the National Project for Talents and the Olympic Champion for the Junior Stage, which was held on the stadiums of the Faculty of Physical Education for Boys in Abu Qir, with the participation of 750 young people from different governorates of the Republic, in various sports, within the framework of Egyptian sports development projects, and President Abdel Fattah El-Sisi’s directives for comprehensive development through the selection of Egyptian talents in all branches and governorates 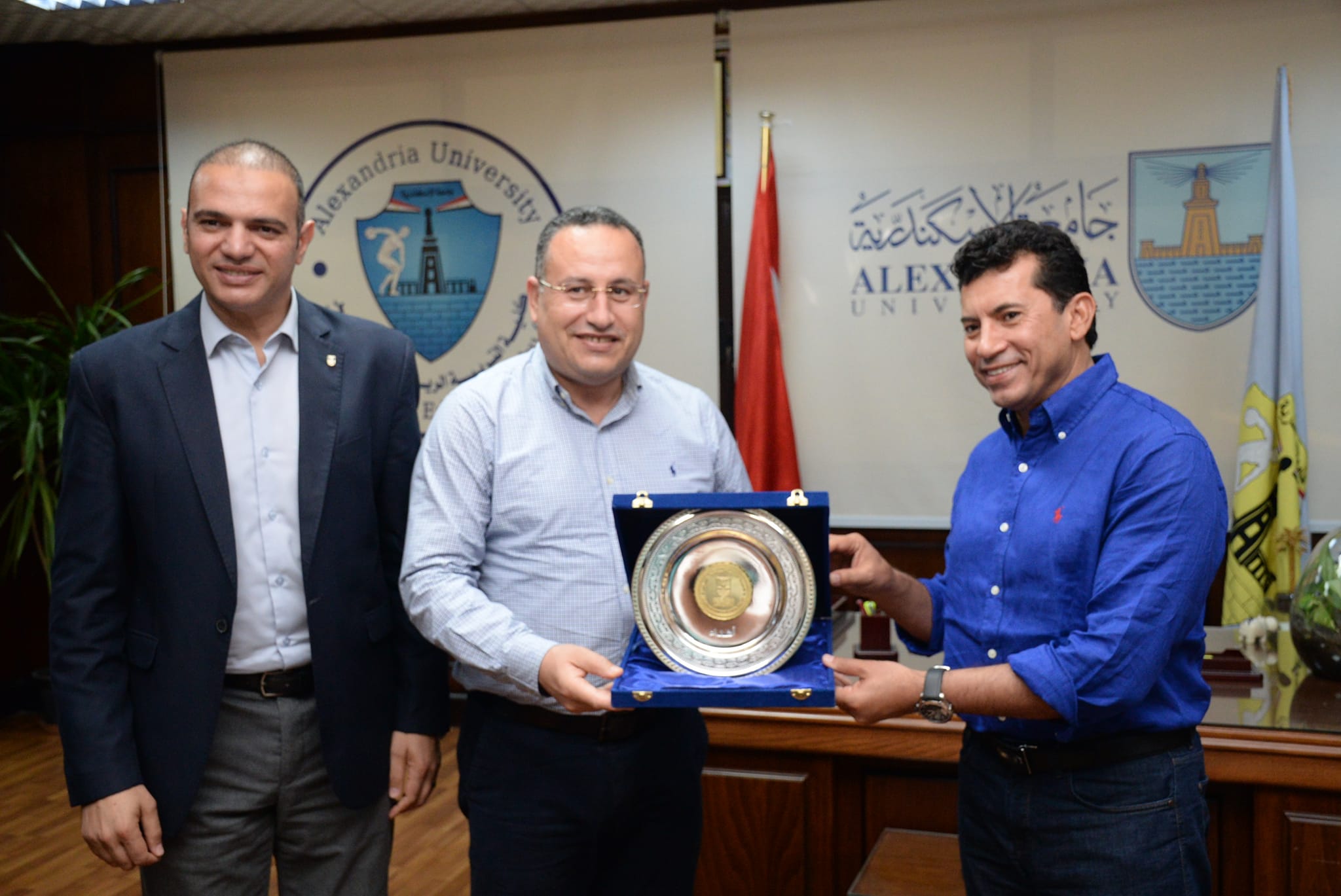 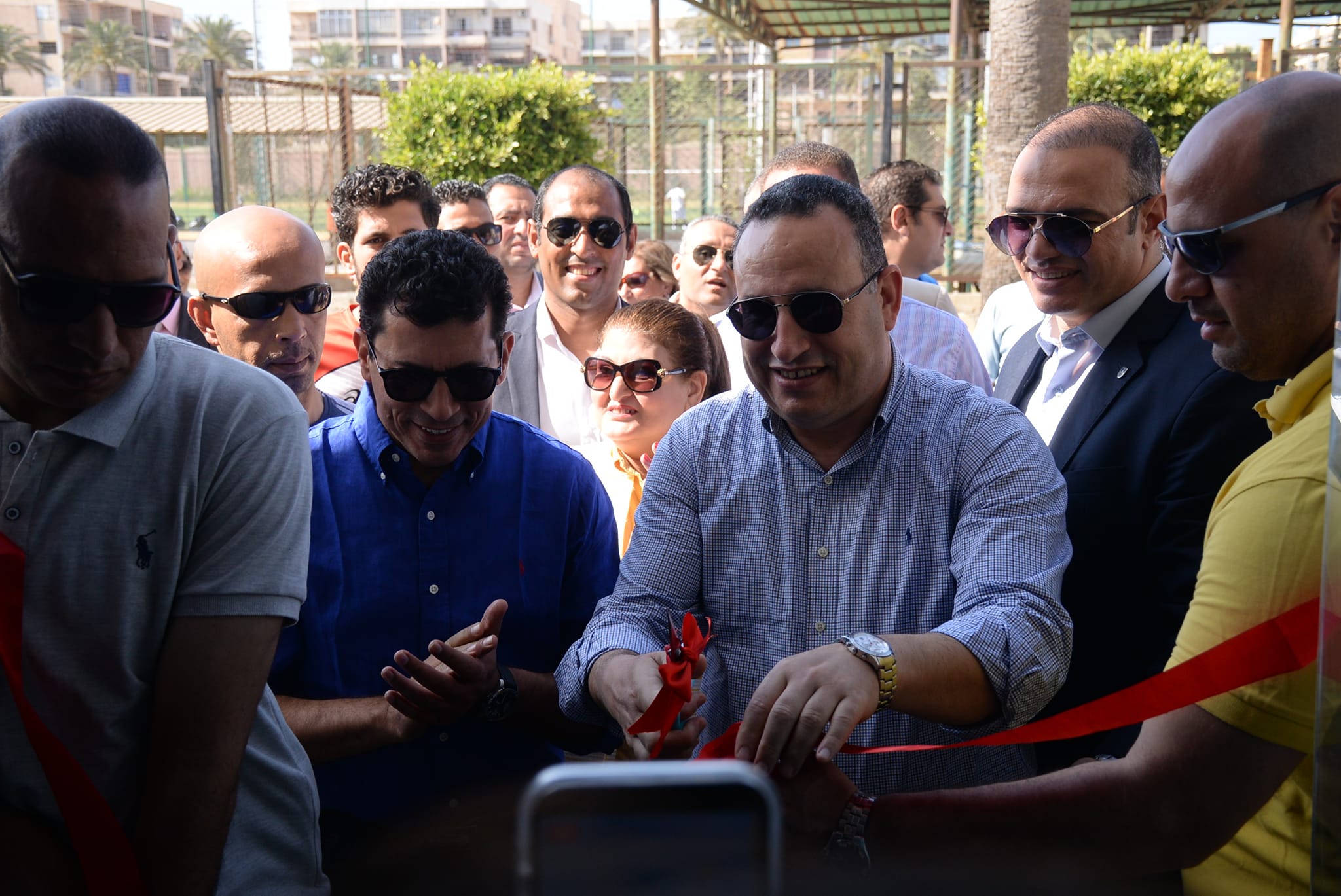 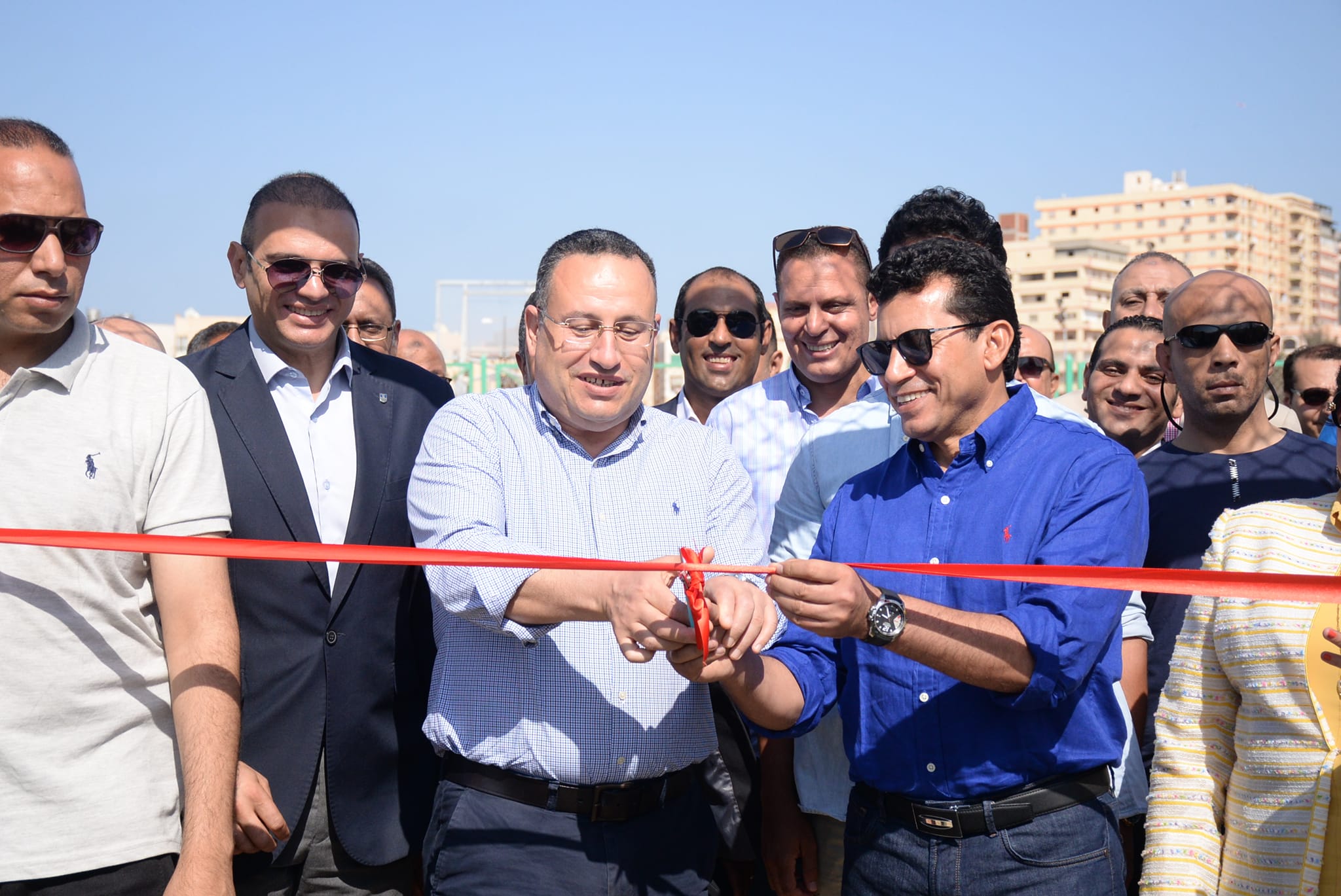 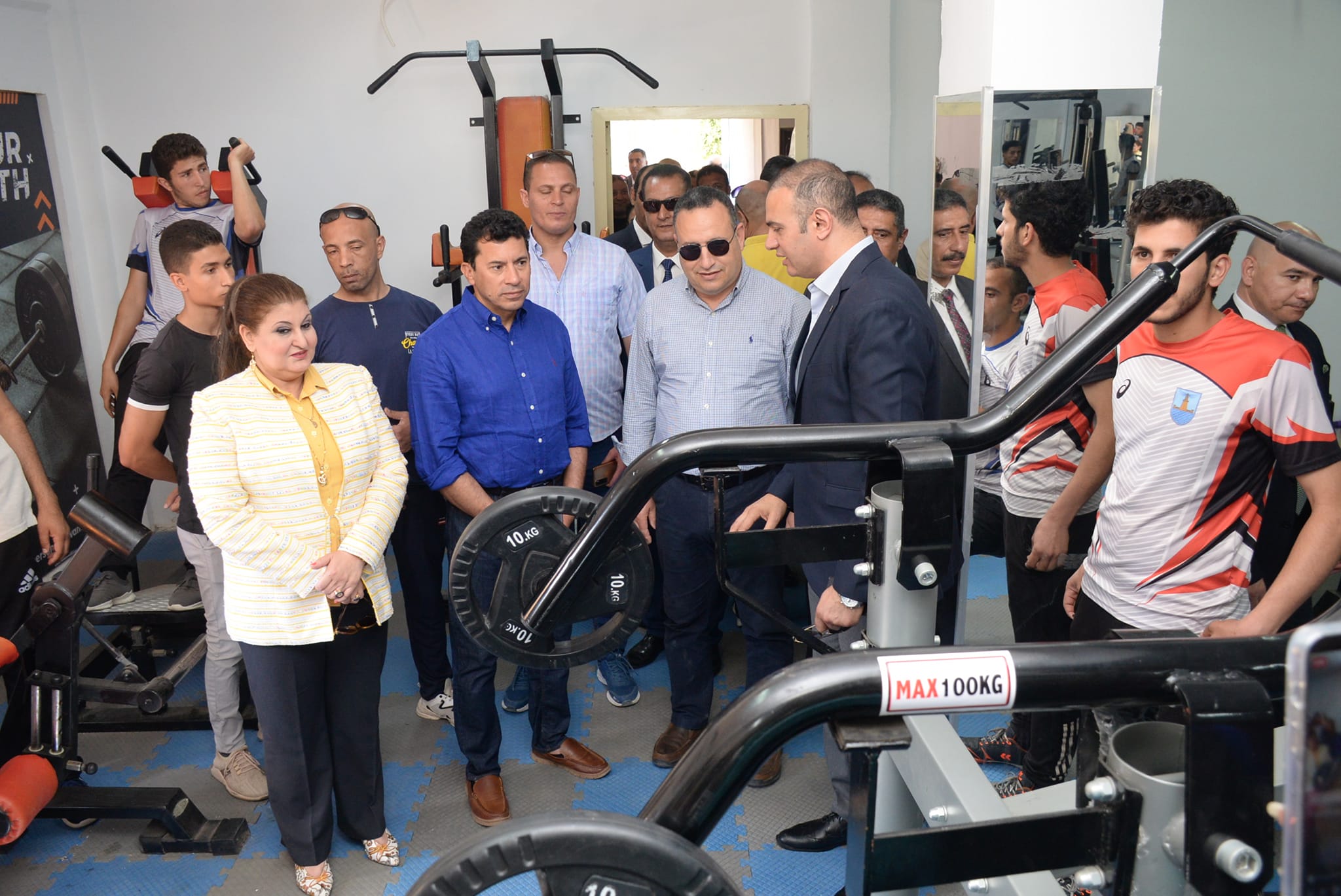 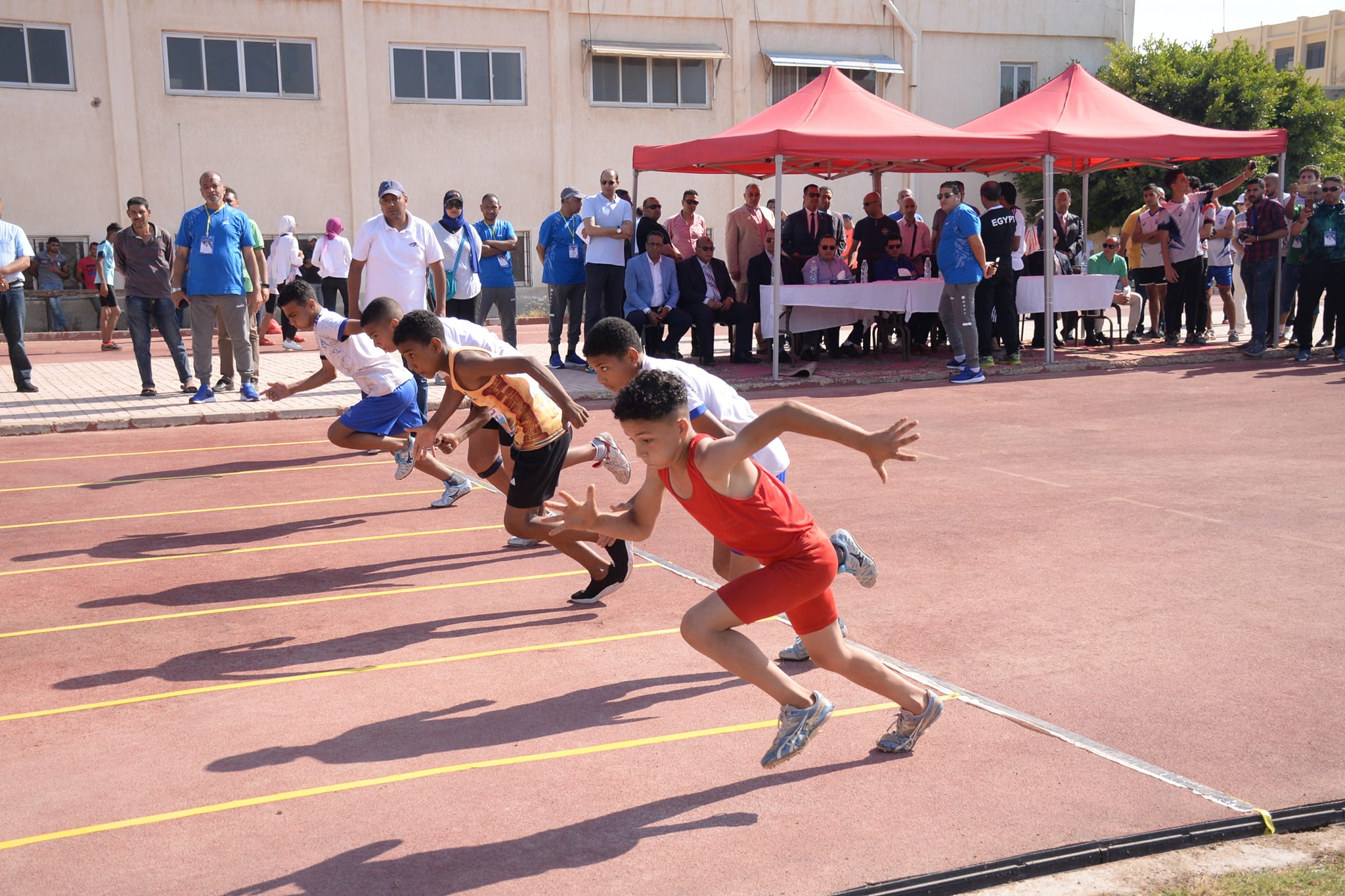 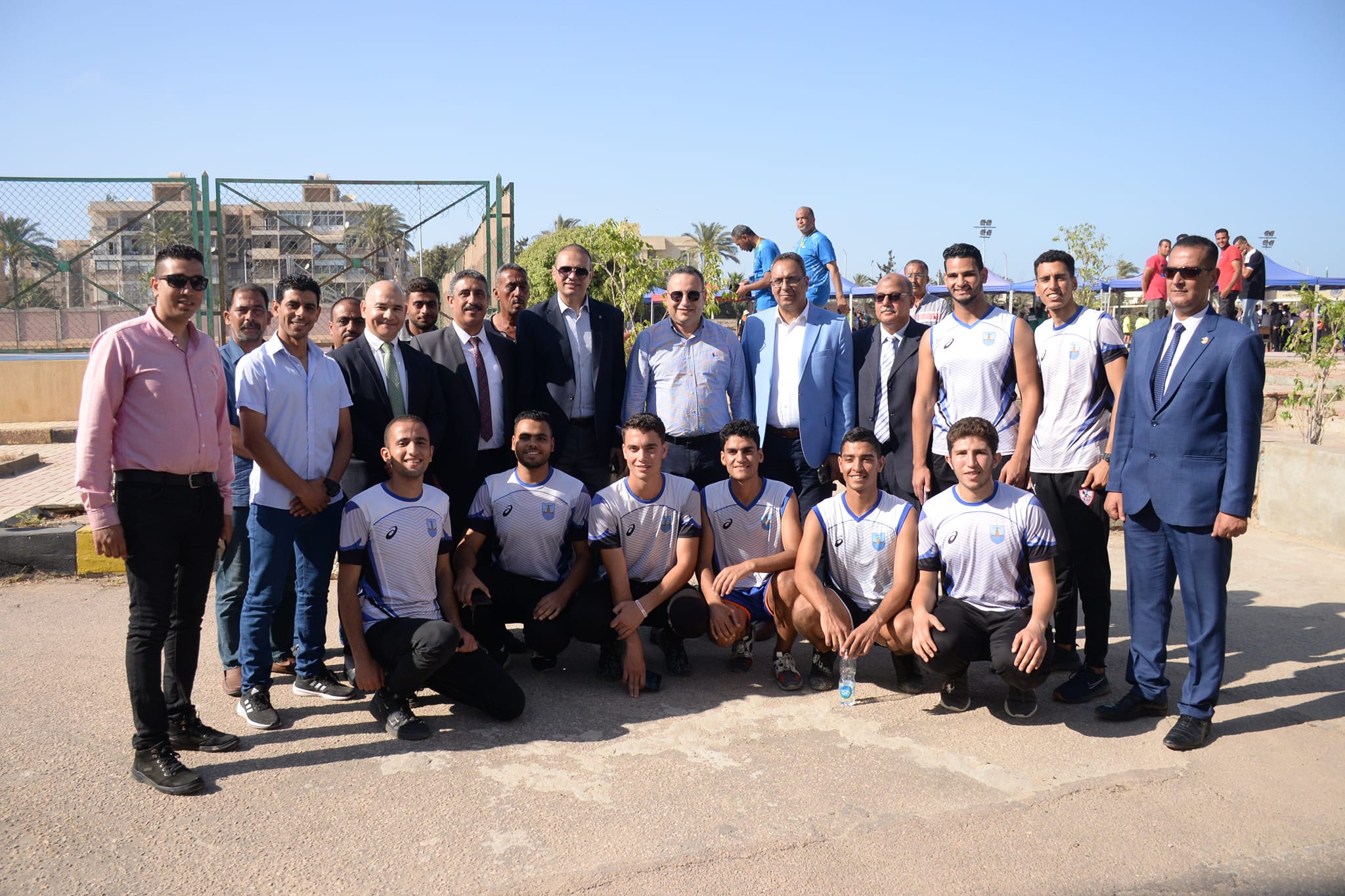 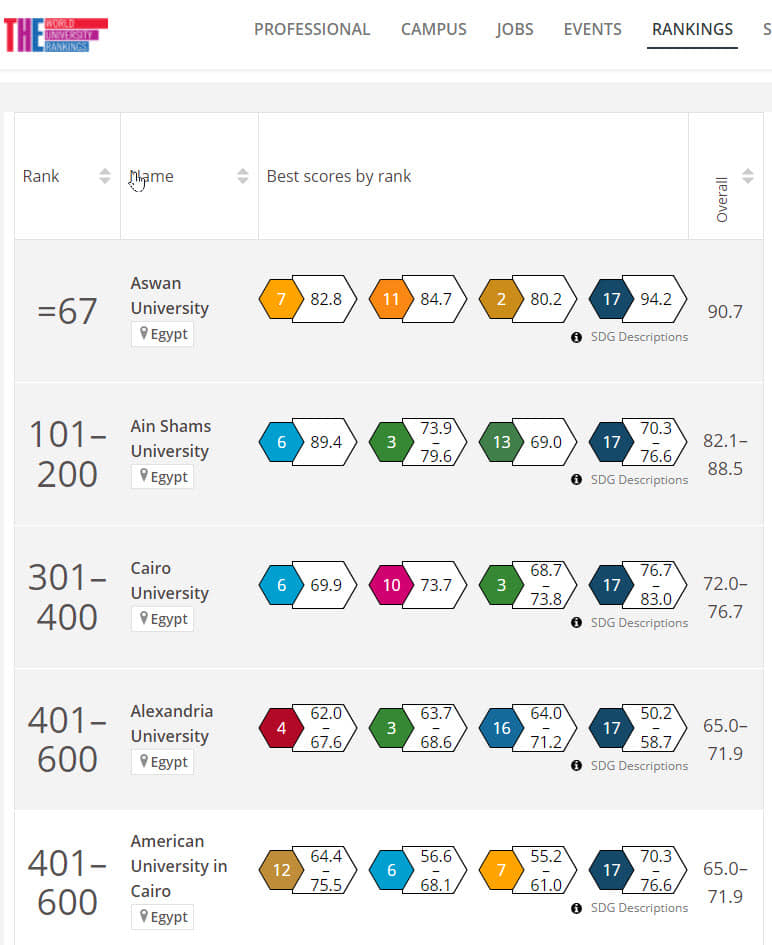 Dr. Abdelaziz Konsowa, President of Alexandria University, stated that the British Times Higher Education Impact classification according to the achievement of the United Nations sustainable development goals for 2022, which are seventeen goals, announced that Alexandria University achieved the position (401-600) among 1406 universities Internationally, they were ranked from more than 85 countries, and the university came locally in fourth place at the level of 36 Egyptian universities. The universities are evaluated, according to the United Nations Sustainable Development Goals (SDGs), of which there are seventeen goals, and the achievement of the University of Alexandria for 15 of them showed, in detail, ranked (201 - 300) in achieving six goals, which is the fourth goal (Equality in Education). The seventh goal (providing clean and affordable energy), the tenth goal (reducing inequalities), the thirteenth goal (climate action), the fourteenth goal (life under water), and the sixteenth goal (peace, justice and strong institutions The University of Alexandria ranked (301-400) in achieving two goals, namely the second goal (eradication of hunger), and the third goal (good health and well-being), and it ranked (401-600) in achieving four goals, the fifth goal (equality). The ninth goal (industry, innovation and infrastructure), the eleventh goal (sustainable cities and communities), and the twelfth goal (responsible consumption and production), and it ranked (601-800) in achieving two goals, the eighth (decent work and growth of economy), and the seventeenth goal (contracting partnerships to achieve the goals), and it came in (+601) in achieving the first goal (eradicating poverty). 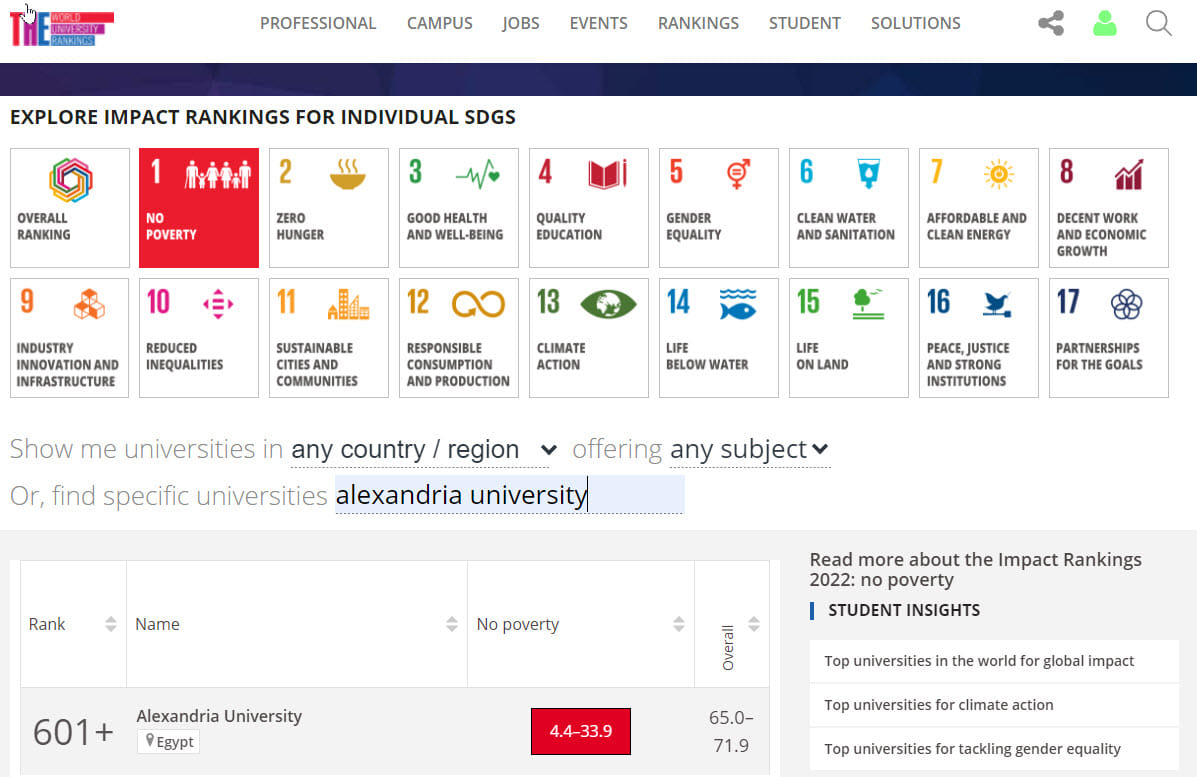 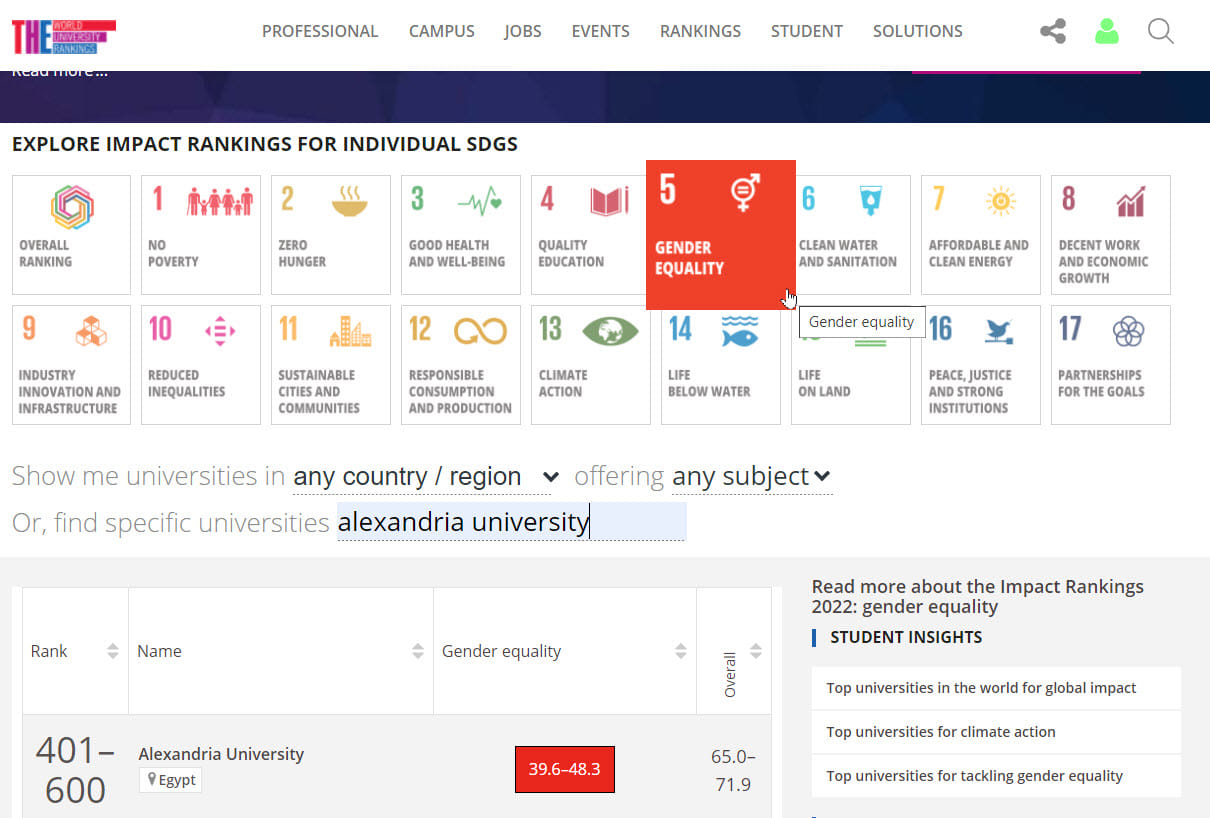 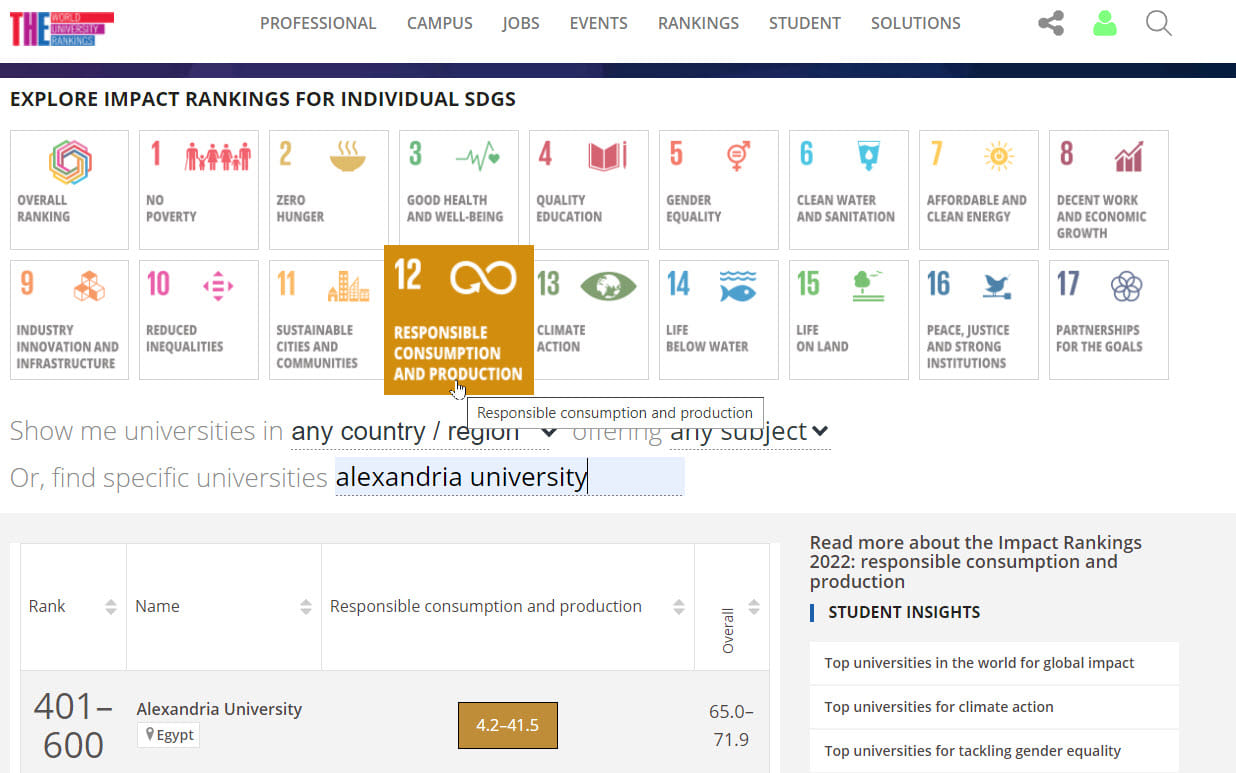 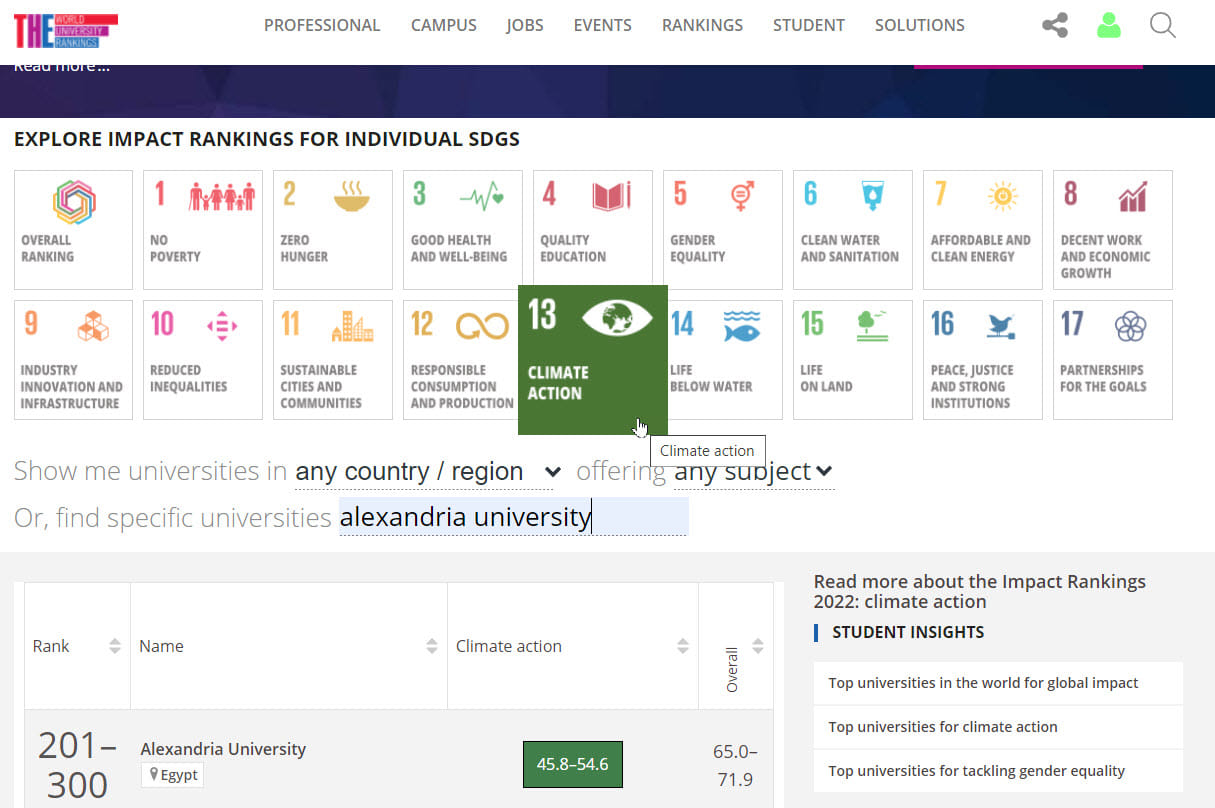 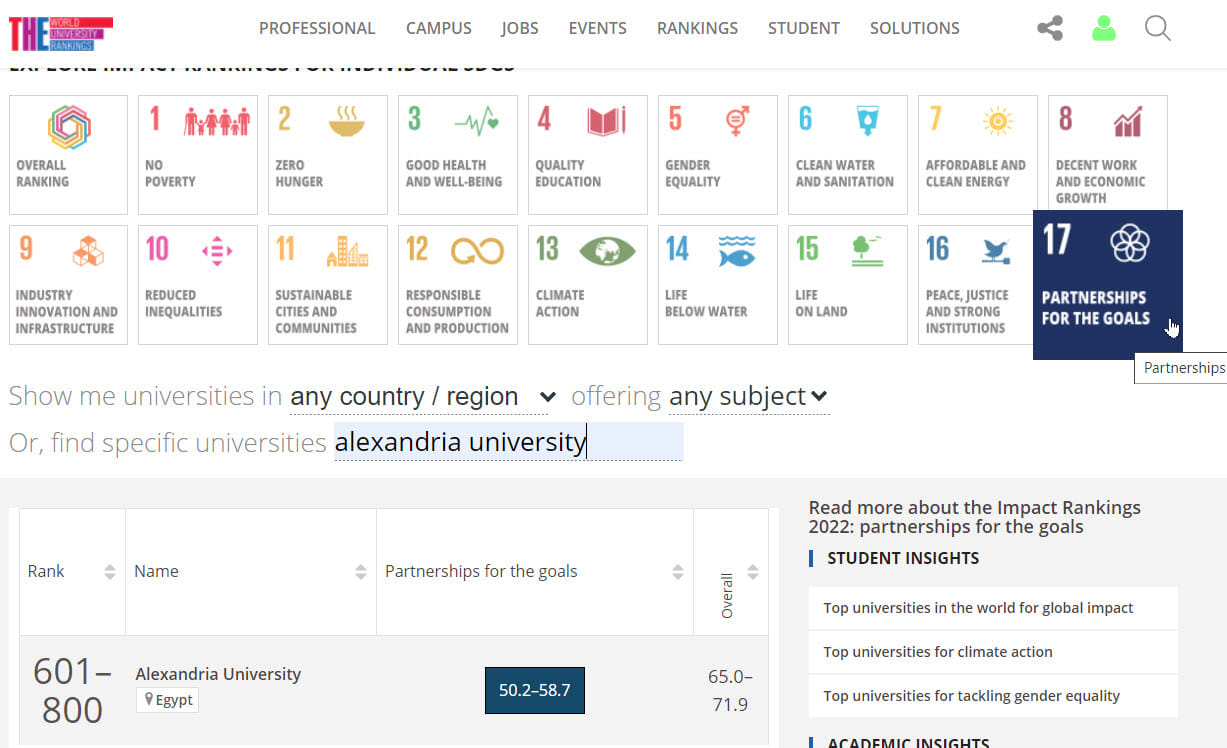 Students should submit their applications, copies of their transcripts and a medical HIV testing certificate online. For more details and registration, please visit the following website:

Fluency in the language of study (Arabic or English) is a must.

Applicant from non-speaking Arabic and English countries should submit a certificate of fluency in either Arabic or English language.

Students from Sudan & South Sudan can apply directly to study in Egypt website as they are offered 90 % discount of the registration and tuition fees according to decision of the Presidency of the Republic.