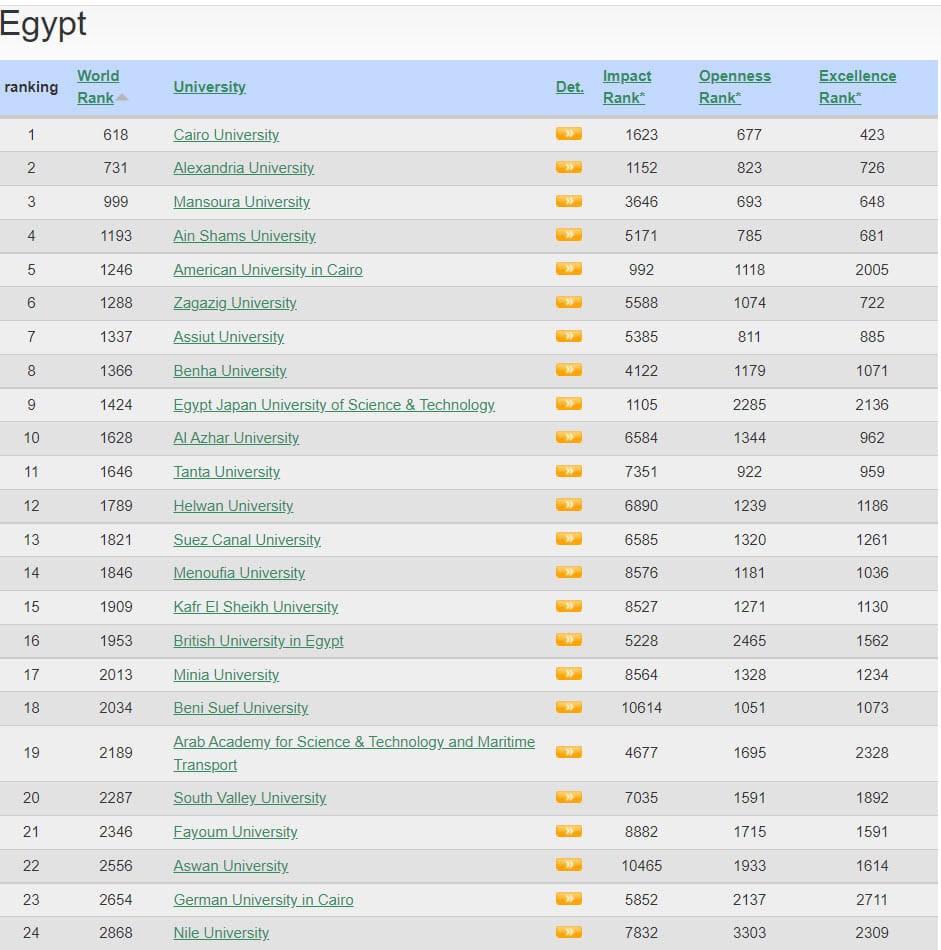 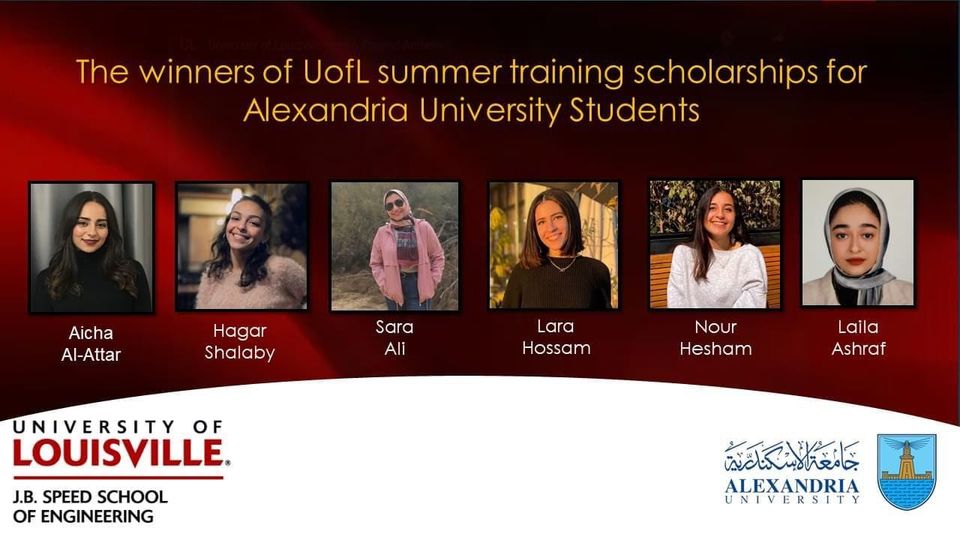 Under the patronage of Dr. Abdelaziz Konsowa, President of Alexandria University, and under the supervision of Dr. Mohamed Abdel Azim Abul Naga, Acting Vice President for Community Service and Environmental Development, the Faculty of Economic Studies and Political Science held its fifth scientific conference headed by Dr. Ahmed Wahban, Dean of the Faculty, Dr. Osama Al-Adly and Dr. Sherine Nassir As Vice-Presidents, and Dr. Nabil Salah Al-Arabi, rapporteur of the conference, in the large and small conference rooms in the faculty building.
Dr. Ahmed Wahban, Dean of the faculty, indicated that the conference discussed economic and political issues during its sessions, as it discussed on the economic side the issue of “digital transformation in light of the global pandemic, opportunities and challenges” and related issues, such as the Corona pandemic and the overlap between them, the issue of e-learning, the digital divide and ways to confront it, The conference also discussed the development and future of the digital economy in Egypt, the ethics of the digital economy, and discussed some aspects related to the Corona pandemic, such as its impact on the tourism sector in Egypt, and the impact of Corona on digital transformation and e-commerce, while addressing the role of financial technology in reducing the digital divide between rural and urban in Egypt. On the political side, the Dean of the College indicated that the conference discussed the topic of “The World Twenty Years After the September 11th events,” as it touched upon many topics related to the changes that international politics witnessed during the twenty years, such as the growing international interest in the idea of ​​the war on terrorism, and the decline in ideas and endeavors Globalization and democratization with the flourishing of populist ideas and systems, the growth of Islamophobia ideas, and the formation of a new international format that includes, along with the United States, There are two other polar powers, the Russian Federation and China, with some important changes at the level of international law in light of the decline in the concept of sovereignty, as many types of interference in the internal affairs of countries have emerged, such as international humanitarian intervention, international intervention to combat terrorism, and international intervention to disarm weapons of mass destruction. .and others.
The conference included five sessions, during which 22 papers were presented on the political and economic axes, with the participation of researchers from several Egyptian and Arab universities, namely Alexandria, Cairo, Zayed Emirates, Suez, Damanhour and 6th of October, in addition to researchers representing the Maat Center for Development, Democracy and Human Rights, and the Dialogue Center for Political and Media Studies. 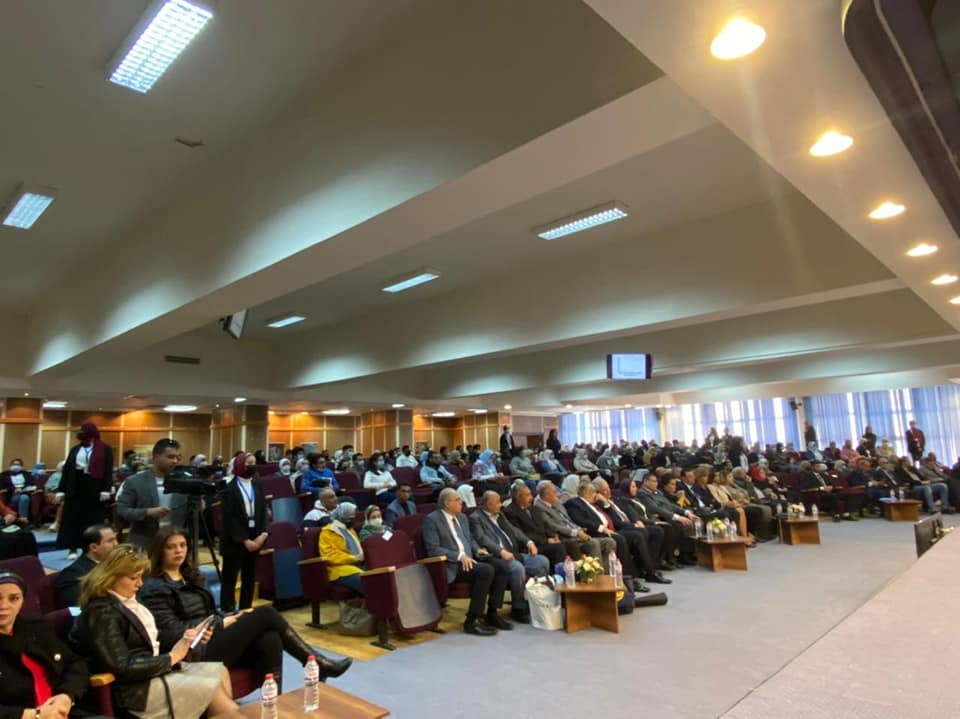 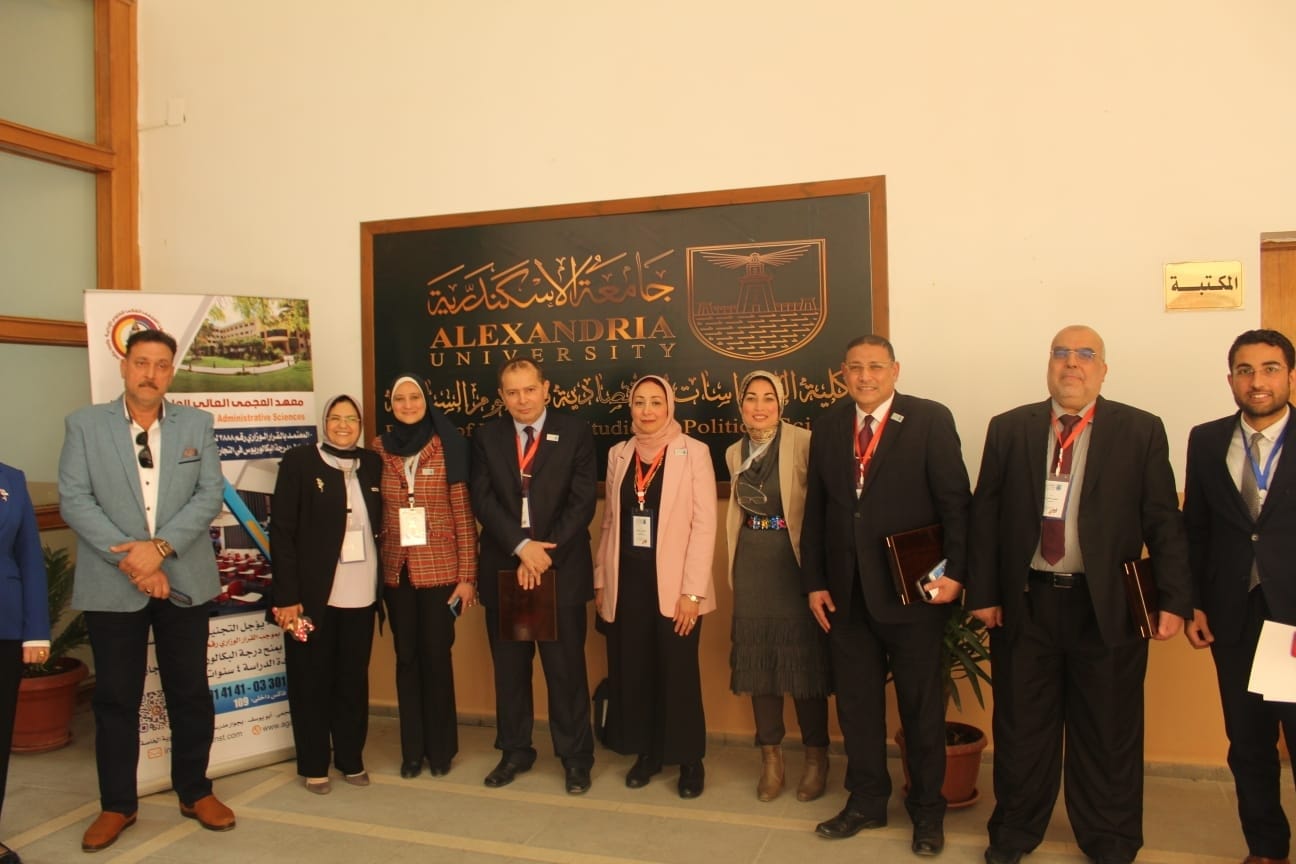 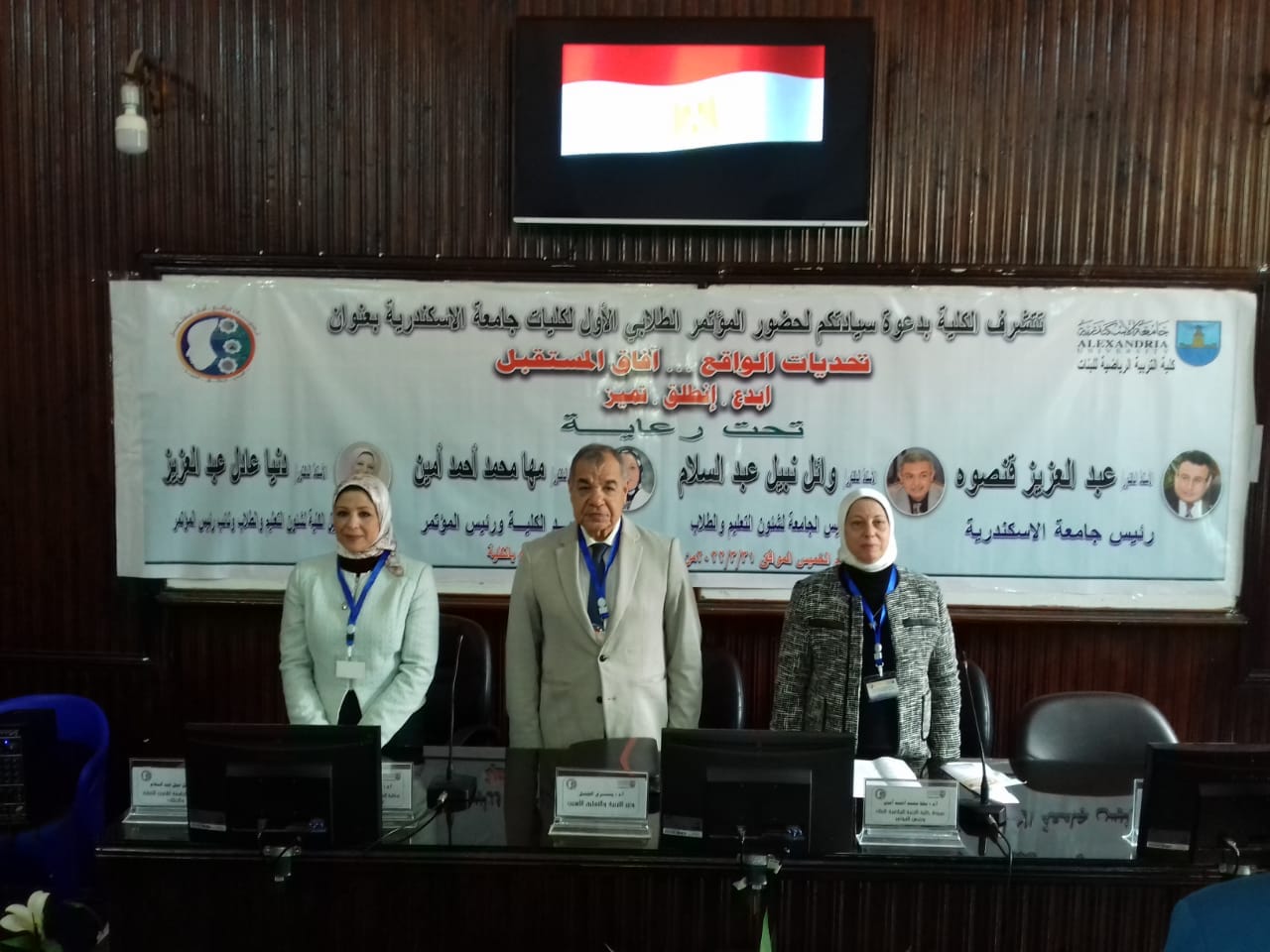 Under the patronage of Dr. Abdelaziz Konsowa, President of Alexandria University, and Dr. Wael Nabil, Vice President for Education and Student Affairs, the Faculty of Physical Education for Girls organized the first student conference for the faculties of Alexandria University under the title “Reality Challenges and Future Prospects.. Create.. Go.. Distinguish.” In the presence of faculty members and university students.
Dr. Maha Amin, Dean of the Faculty and President of the Conference, indicated that Alexandria University students participate in the conference with ideas and research, explaining that the conference was prepared based on the university’s belief in the creative abilities within each student, and the need to focus on, motivate and refine these capabilities, encourage students, support them continuously and integrate them In various societal activities for the development and development of society, it also confirmed the college’s intention to continue holding this conference annually in support of our students and to show the work of researchers and present it in a manner befitting the history and heritage of Alexandria University.
Dr. Donia Adel Abdel Aziz, Vice Dean for Education and Student Affairs, indicated that the conference was based on Egypt’s vision (2030) and the national youth conferences under the auspices of President Abdel Fattah El-Sisi, which focused on the education system and its development to keep pace with technological innovations, adding that Alexandria University and the Faculty of Physical Education for Girls are supportive of university students Believing that creativity and innovation are the nucleus of scientific progress and development in all fields, which will only be achieved through the launch and support of young people, and indicated that this conference aims to provide an opportunity for all students of Alexandria University faculties to present projects, research, creative ideas and their pioneering initiatives through its various axes to reach capable students. To compete and excel, and to set out to create a conscious and educated generation that keeps pace with the challenges and difficulties of the labor market.
The conference included a presentation of distinguished student research and projects for participating students at the university, followed by an exhibition of student products, and the distribution of certificates and shields. The conference sessions discussed important topics about future jobs and challenges of human resources under artificial intelligence, the challenges of current difficulties in various fields and creative solutions to them, and the challenges expected in the future in The global trend towards digital transformation, modern innovations for sustainable development in various fields, future jobs and human resource challenges under artificial intelligence.
The sessions were attended by Dr. Yousry El-Gamal, the former Minister of Education, Dr. Hania El-Kashef, full-time professor and former dean of the faculty, Dr. Ihab Mohamed Fawzy, professor at the Faculty of Physical Education, Tanta University, Dr. Ghada El-Khayat, Head of Information Systems Department at the Faculty of Commerce, and Dr. Sameh Fawzy Nakhleh, Executive Director of the Measurement Center The calendar, Alexandria University. 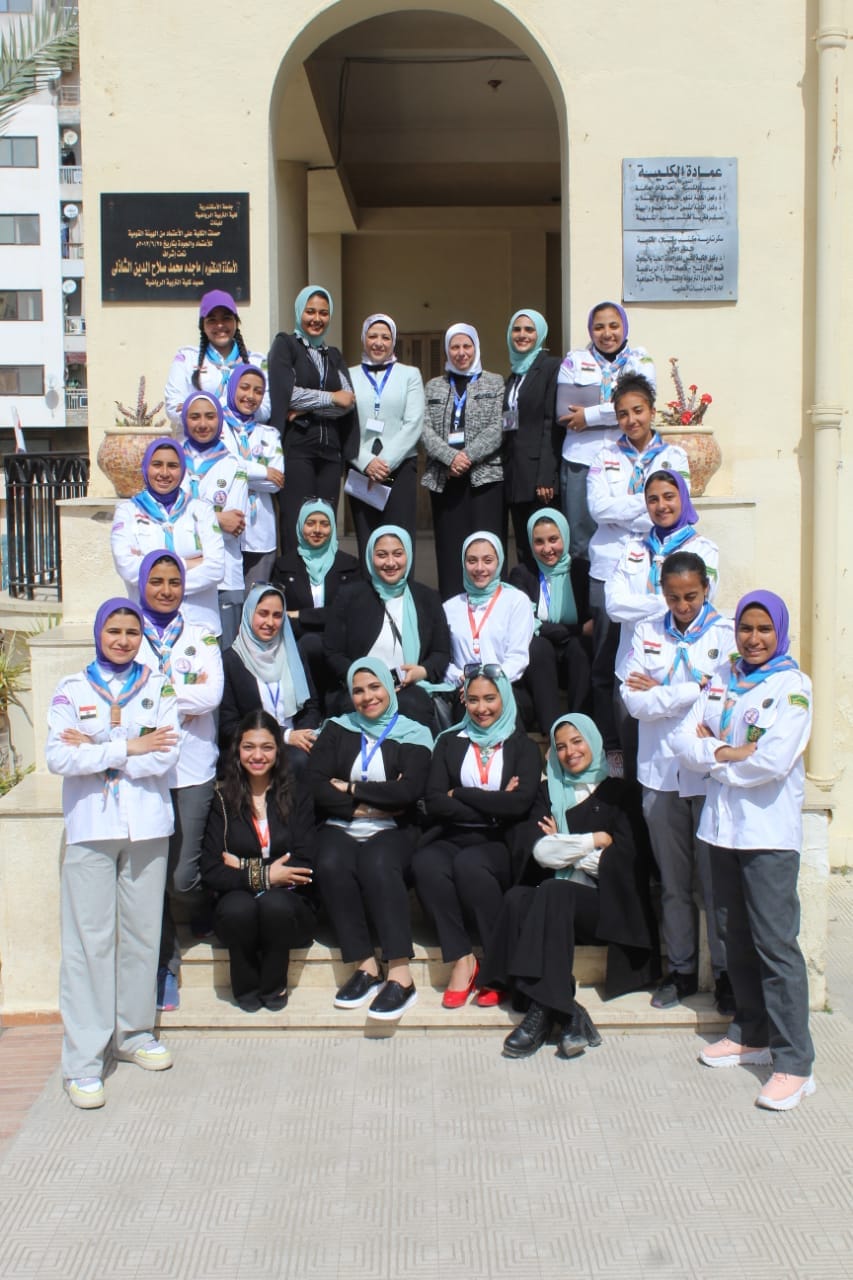 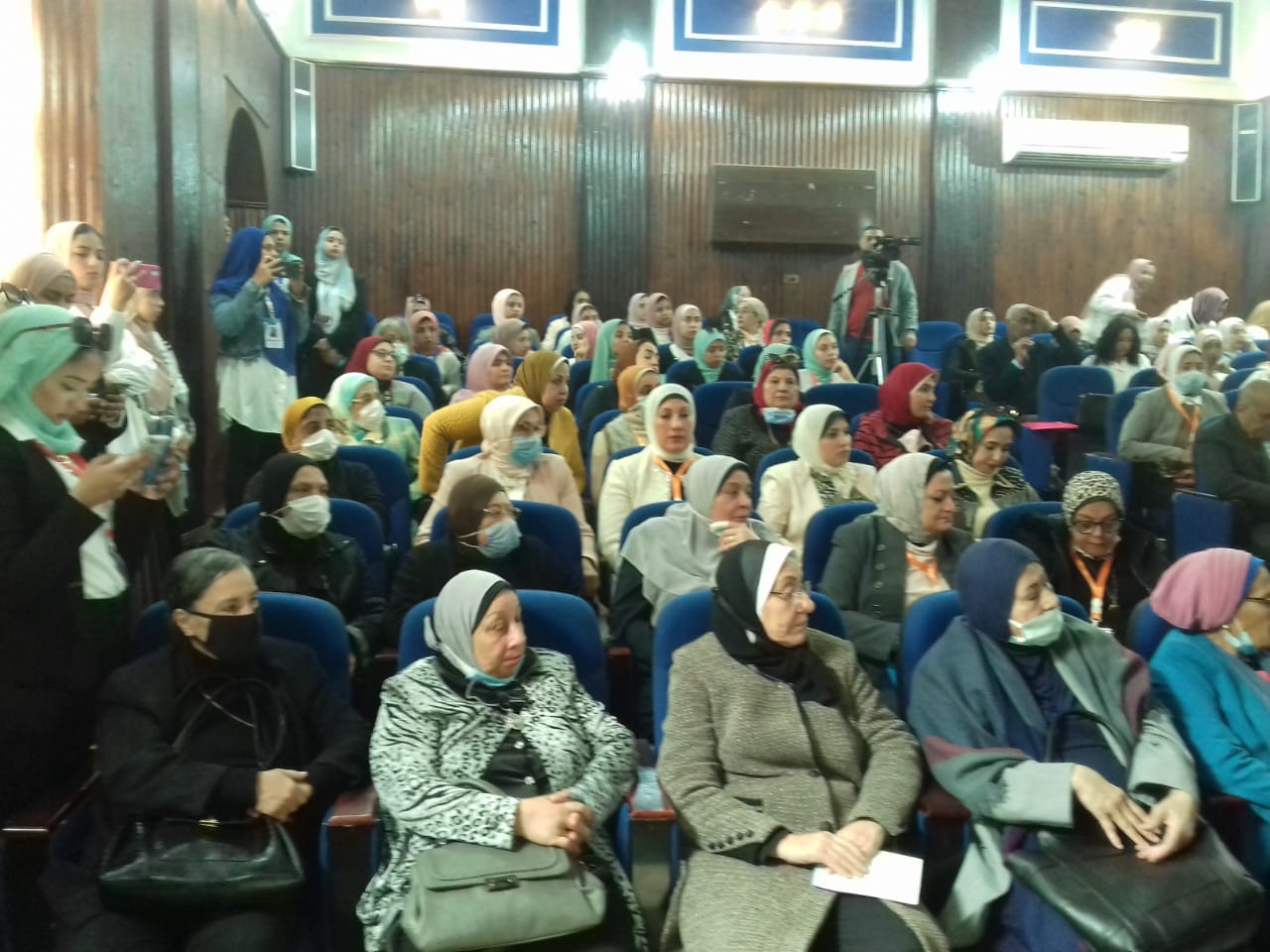 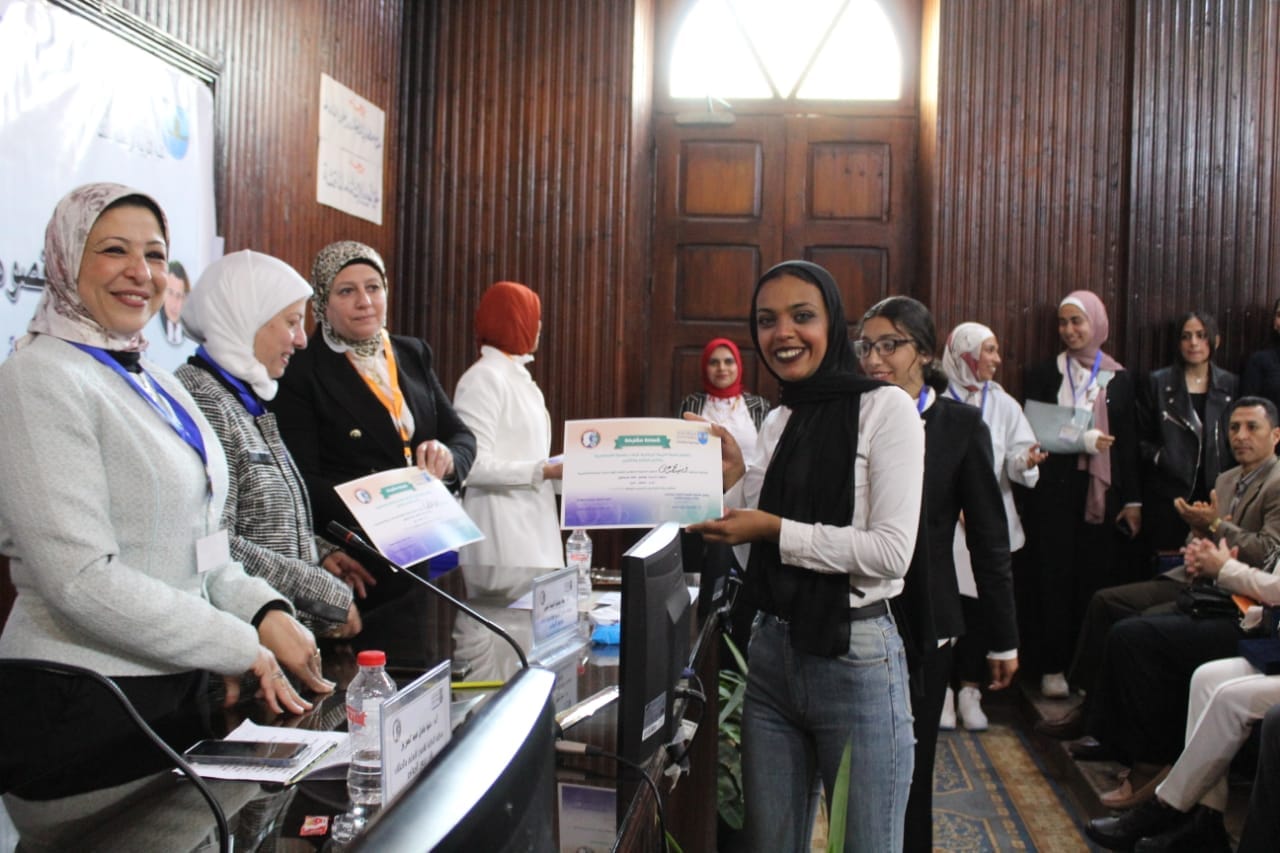 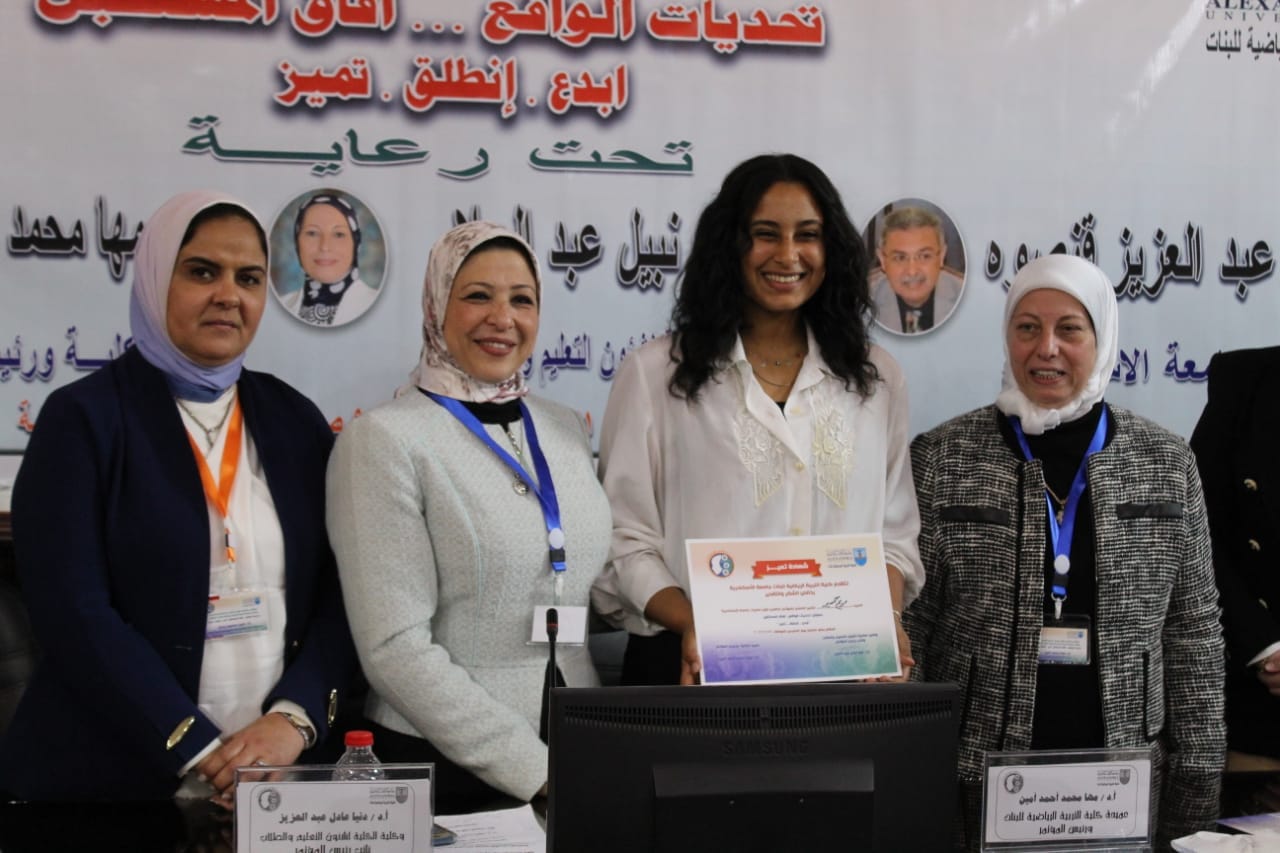 Dr. Ashraf Elghandour receives a delegation from the University of Piraeus in Greece to discuss ways of cooperation 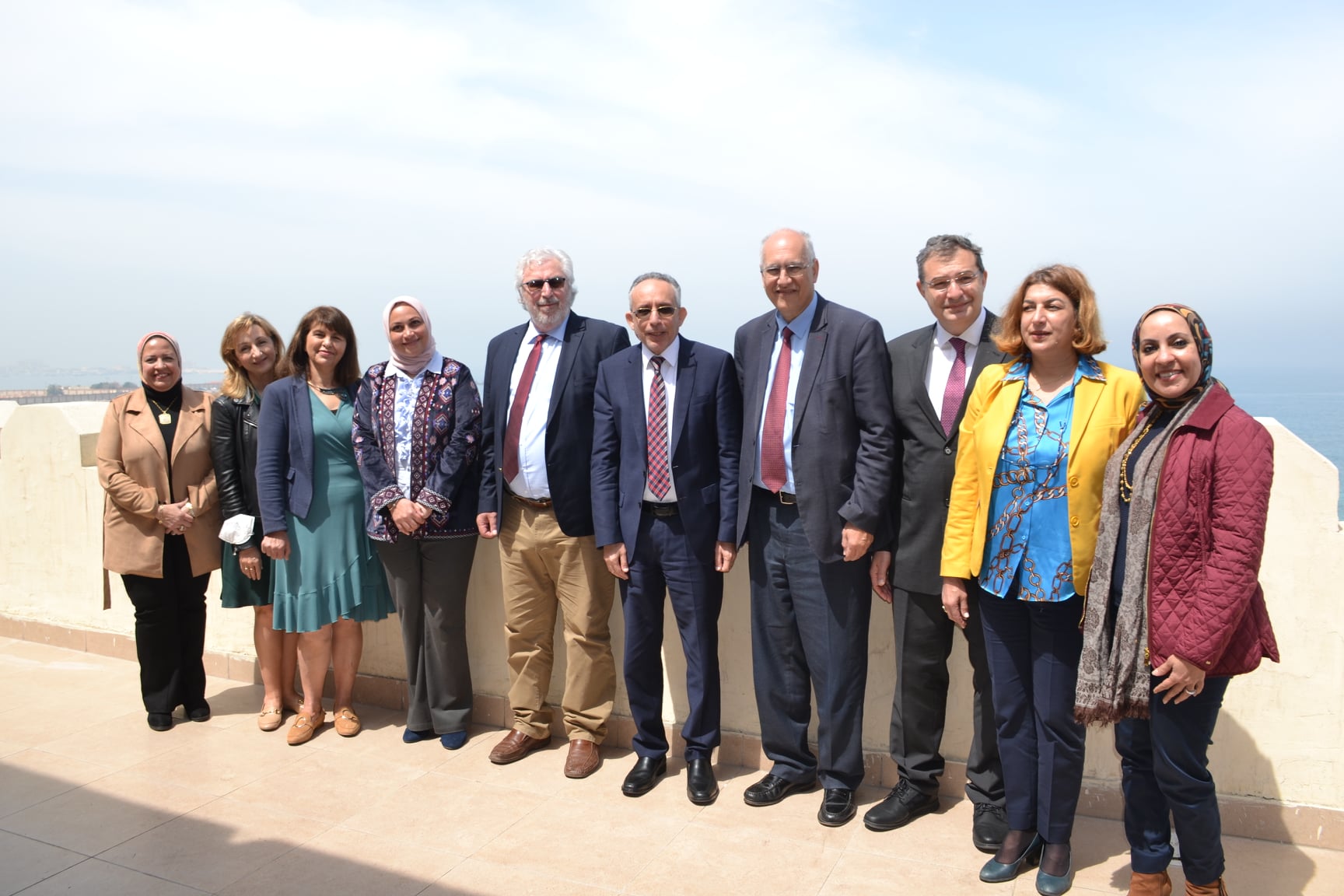 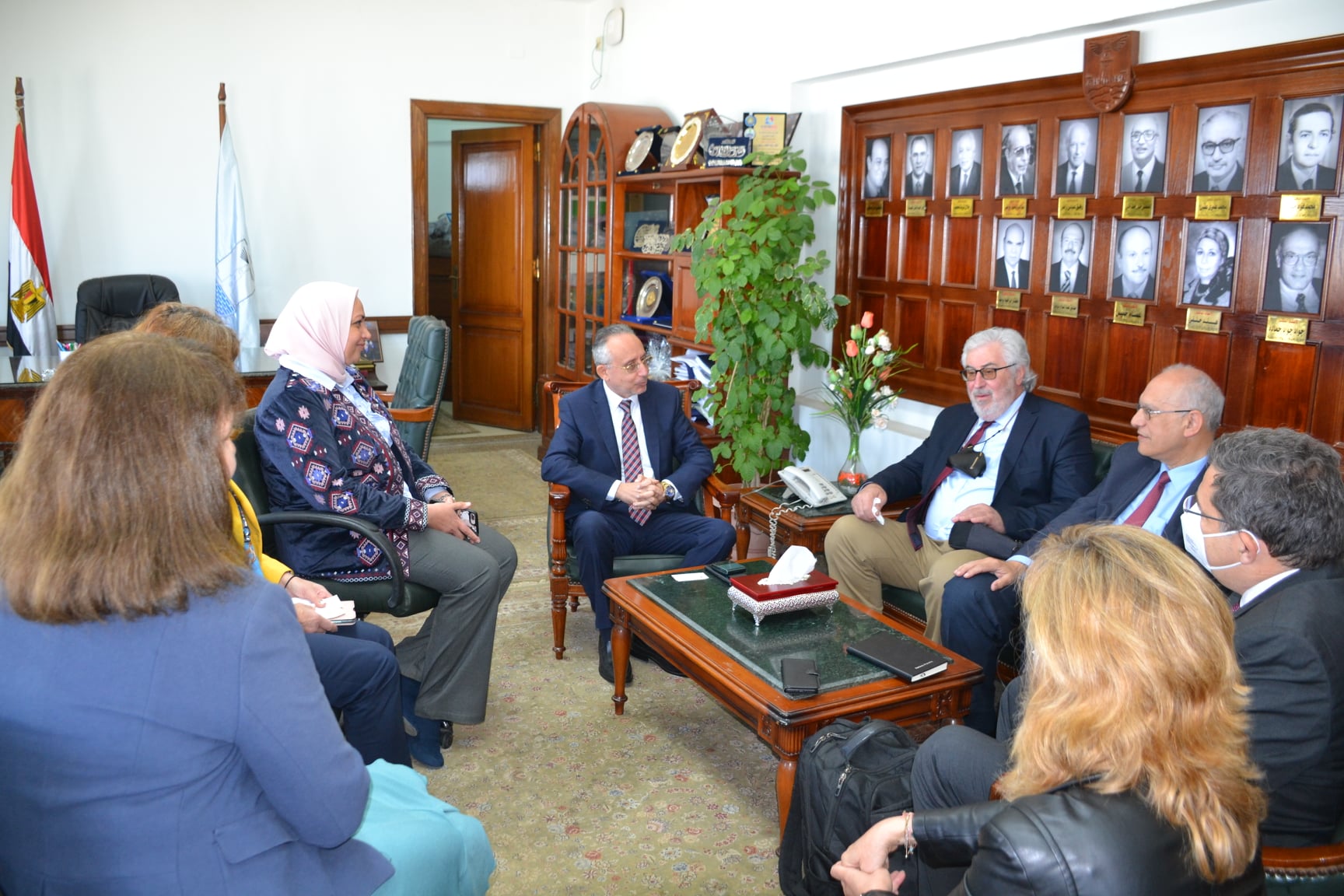