The faculty of Commerce celebrates the graduation of the 75th batch of Arabic languages, Accounting Division Under the auspices of Prof. Dr. Abdelaziz Konsowa, President of Alexandria University, Prof. Dr. Wael Nabil, Vice President for Education and Student Affairs, and Prof. Ashraf El-Ghandour, Vice President for Graduate Studies and Research. Prof. Dr. El-Sayed El-Saifi, Dean of the Faculty of Commerce at Alexandria University, Prof. Ayman Ahmed Shteiwi, Vice Dean for Education and Student Affairs, and Prof. Dr. Alaa El-Din El-Gharbawy, Vice Dean for Community Service and Environmental Development. In the presence of the faculty members and the supporting body, on Friday 10/1/2021 the official college celebration activities were held for the graduation of the 75th batch of Arabic Language Accountancy Division from its students. The graduates chanted the oath of loyalty and honor to graduate behind Dr. El-Sayed El-Saifi, Dean of the College. 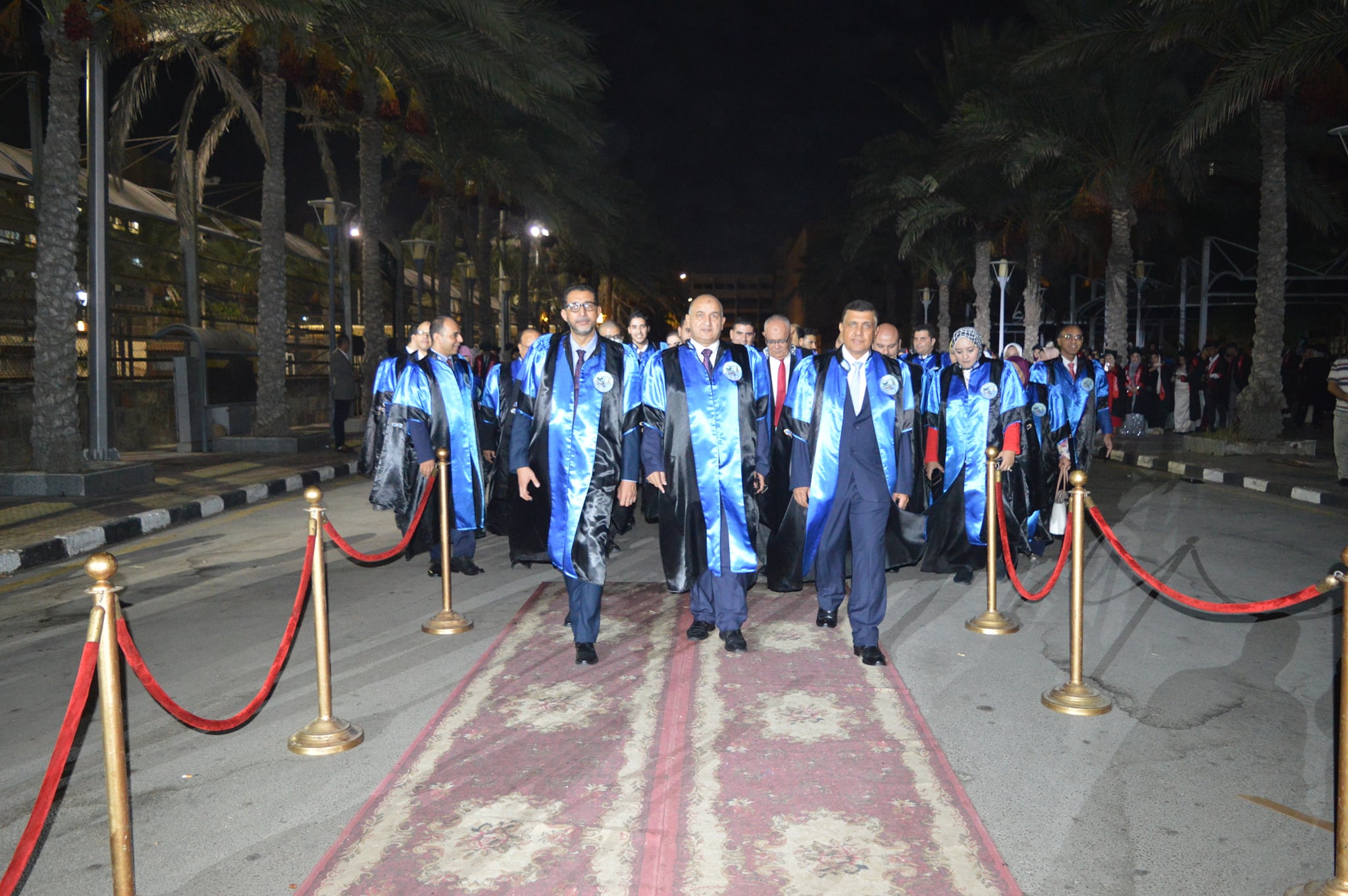 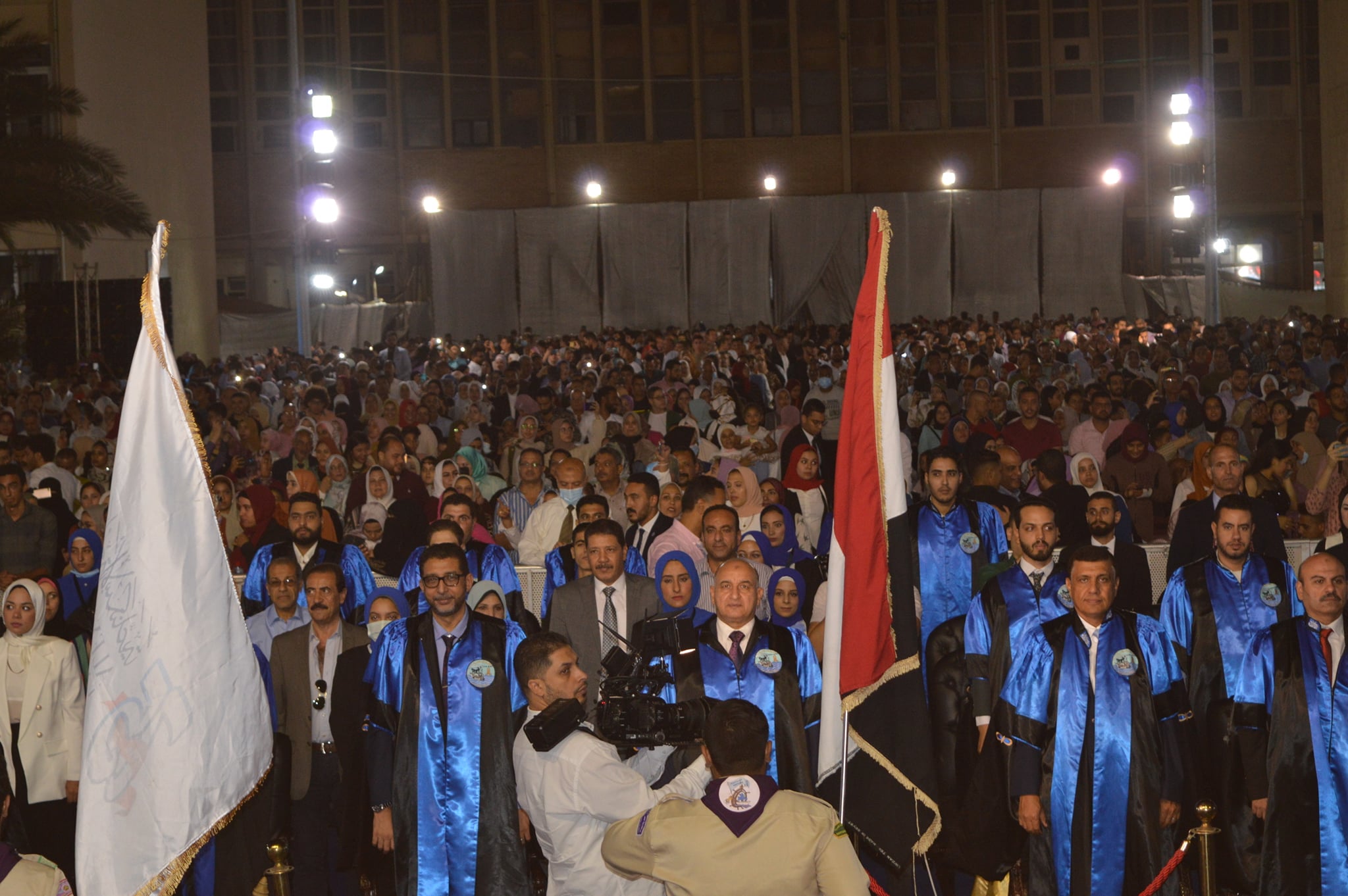 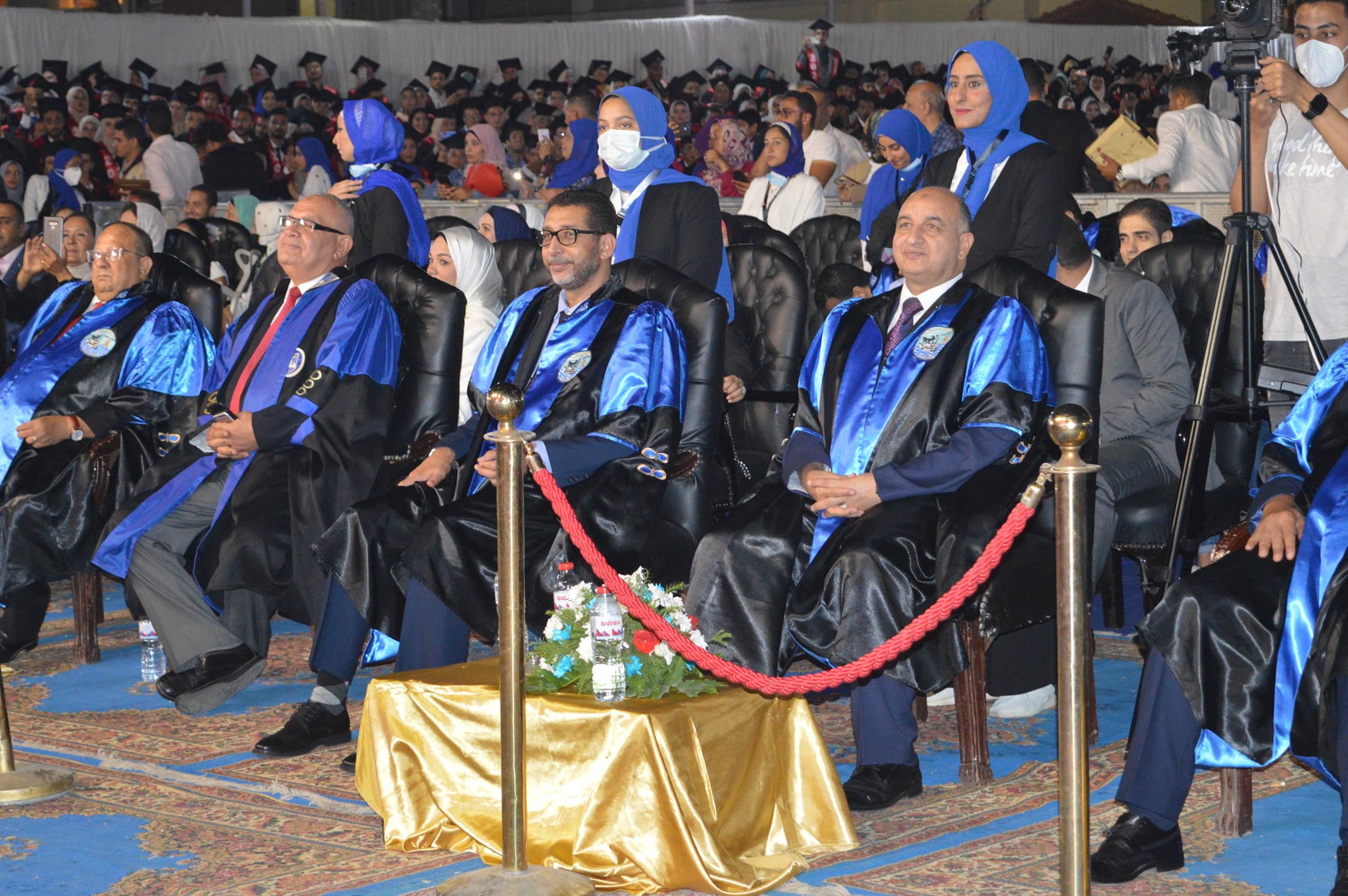 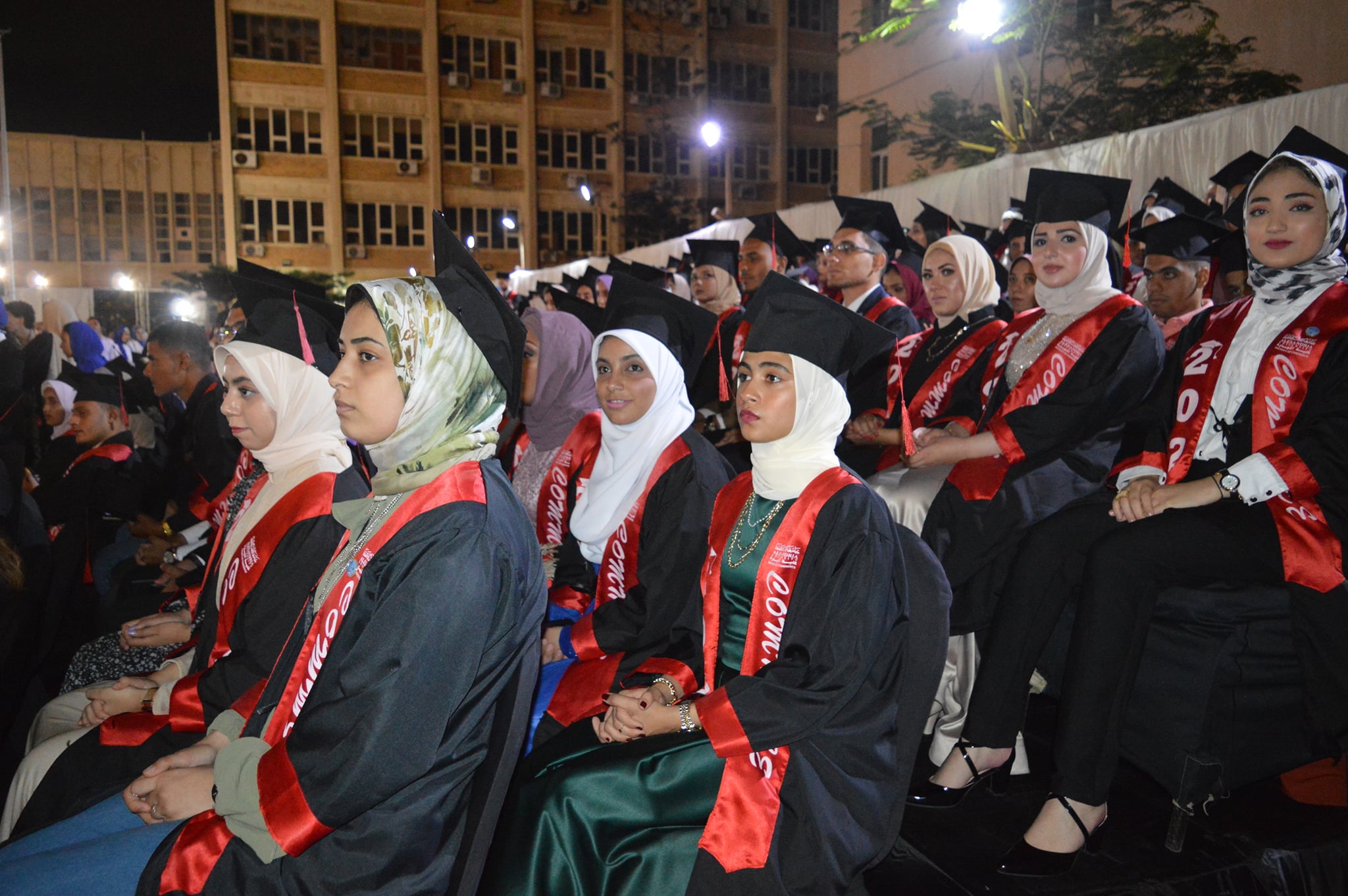 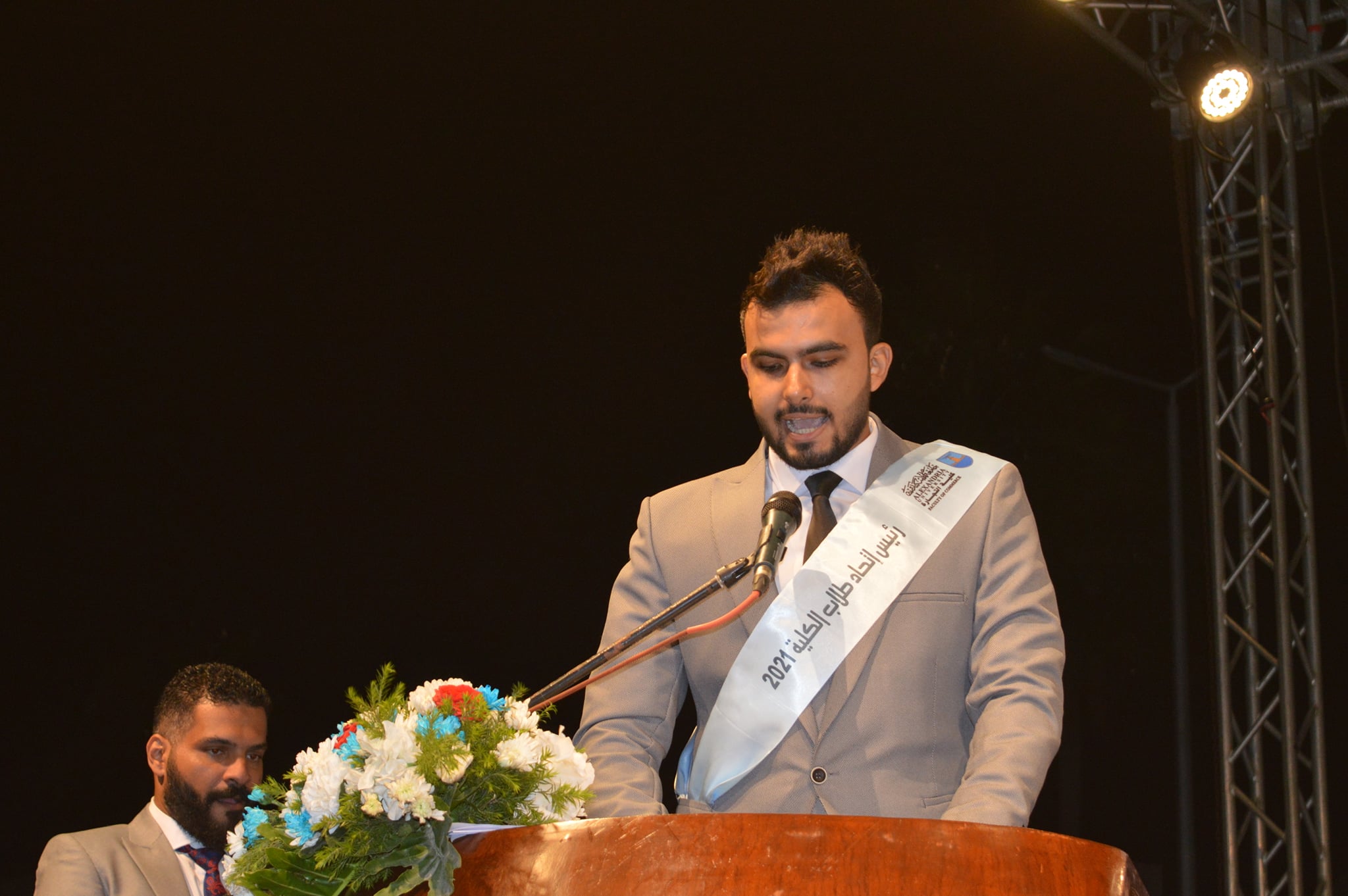 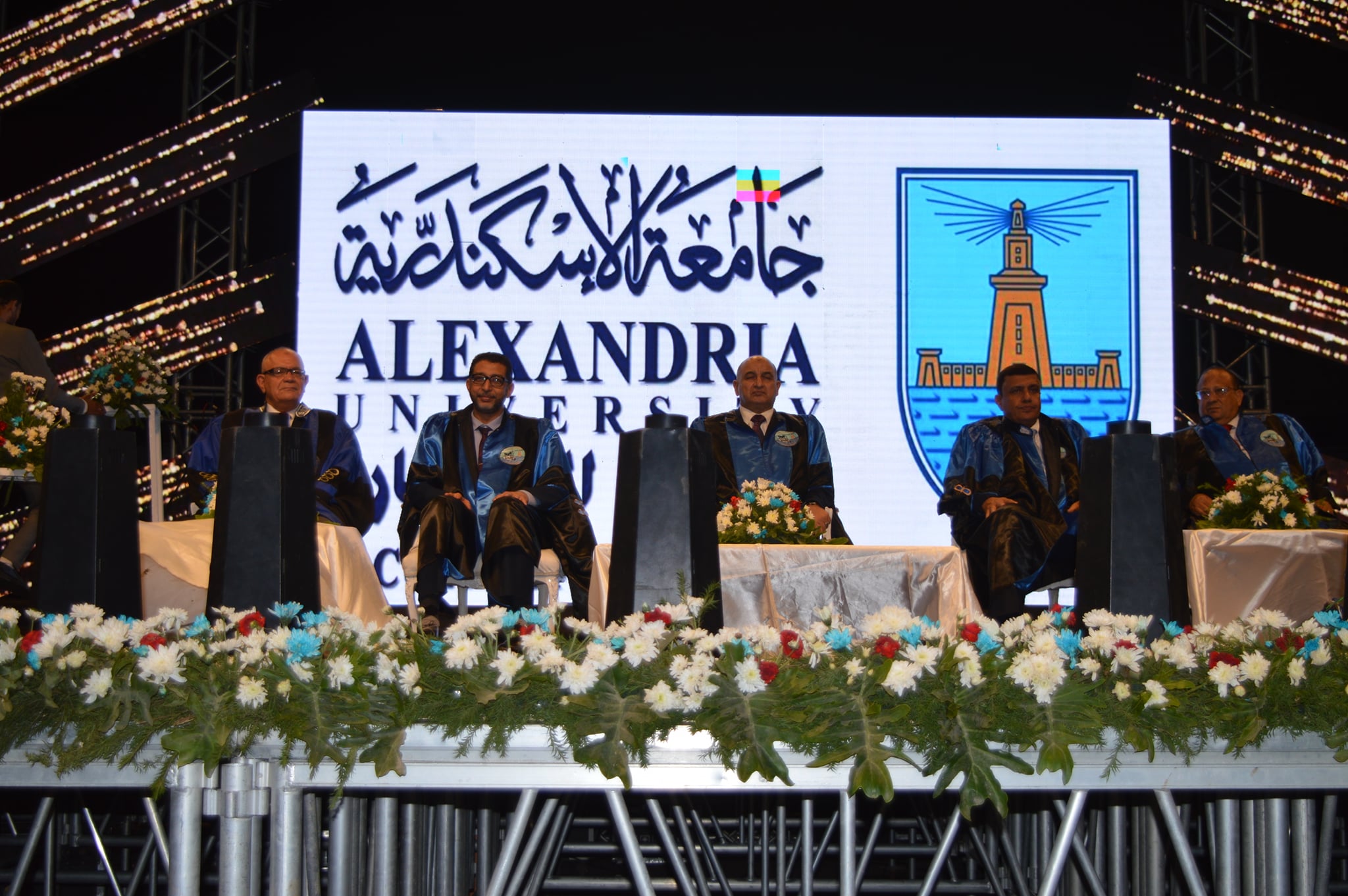 Dr. Abdelaziz Konsowa, President of Alexandria University, received the delegation of the Libyan Ministry of Higher Education and Scientific Research, headed by Dr. Abu Bakr Mohamed Issa, representative of the Libyan Minister of Higher Education, and Dr. Ezz El-Din Abdel Karim, Zakri, member of the commission delegated by the Libyan Ministry of Higher Education, in the presence of Dr. Dr. Ashraf Al-Ghandour, Vice President for Graduate Studies and Research Affairs, Dr. Wael Nabil, Acting Vice President for Education and Student Affairs, and Dr. Hala Makled, Executive Director of the University’s Expatriate Affairs Department.
The meeting dealt with aspects of joint cooperation between Alexandria University and the Libyan Ministry of Higher Education and Scientific Research, and how to support Libyan students studying at the university in different stages. Libya is a strategic depth for Egypt, and pointed out that the university has many distinguished colleges and programs that include all modern scientific disciplines in various fields, and it has joint scientific degrees with major international universities to graduate a student with global competitiveness through which he can work in all local, regional and international labor markets, stressing The university strives to develop all services provided to international students at the university.
The meeting dealt with ways to facilitate all residency procedures for Libyan students. In this context, Dr. Konsowa confirmed that the “Study in Egypt” platform had been activated, stressing that through this platform, the problems of obtaining residency for foreign students were overcome in a short time, and the meeting also dealt with ways to facilitate Procedures for foreign students to enter the Egyptian Knowledge Bank and the Digital Library, by obtaining the foreign student's official university mail, and replacing the national number card with a passport photo as an alternative to the national number.
Dr. Abu Bakr Muhammad Issa also confirmed the intention of the Libyan Ministry of Higher Education, to send a large number of Libyan students, approximately 1,500 students to study at the postgraduate level at the University of Alexandria, instead of studying in Turkish and Malaysian universities, pointing out that Alexandria University is one of the largest universities in the Middle East and owns Study programs are distinct from other universities, stressing that the coming period will witness strengthening cooperation between Alexandria University and the Libyan Ministry of Higher Education at the undergraduate and graduate levels. 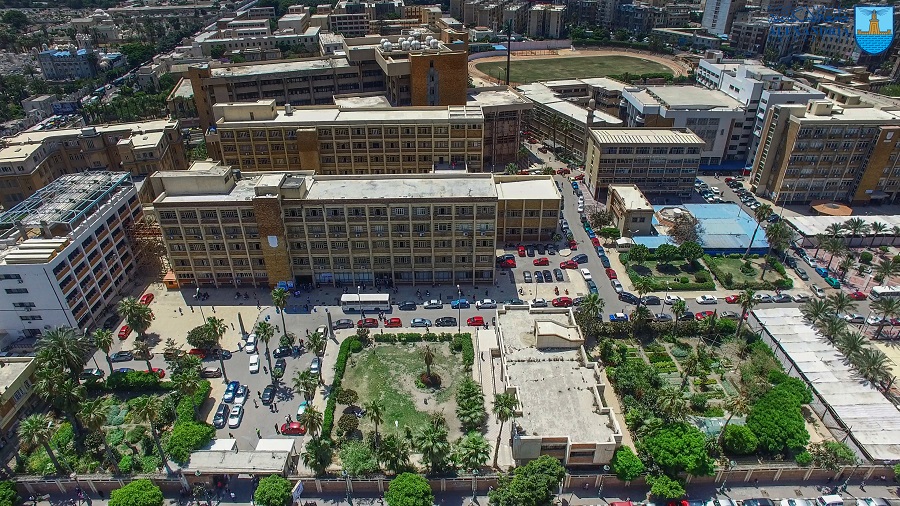 Dr. Abdelaziz Konsowa, President of Alexandria University, announced the issuance of republican decisions yesterday, Saturday, to appoint university leaders. These decisions included the appointment of Dr. Mohamed Anwar Farrag, Dean of the Faculty of Education, and Dr. Hani Khamis, Dean of the Faculty of Arts.
The President of the University congratulated the new deans, wishing them success in their duties and advancing their faculties scientifically and practically. Dr. Abdelaziz Konsowa, President of Alexandria University, received Ambassador Mazeed Al-Huwaishan, Consul General of the Kingdom of Saudi Arabia in Alexandria, where they discussed ways to enhance cooperation between the two sides in the academic, scientific and research fields.
At the beginning of the meeting, the President of the University congratulated the new Consul General on the occasion of assuming his duties, wishing him further success and progress. Academic disciplines, and he invited Saudi students to study at Alexandria University through various international programs in all disciplines, as well as joint scientific degrees in cooperation between Alexandria University and prestigious American, European and international universities in many disciplines.
For his part, the ambassador stressed that the Kingdom of Saudi Arabia is keen on the quality of education and the graduation of distinguished students, stressing that the Kingdom aims to send Saudi students to distinguished Egyptian universities, including Alexandria University, which has an academic level and an honorable international classification, which is reflected in the level of students and the various experiences and skills that qualify them for the market. Local, international and regional work.
The meeting was attended by Dr. Ashraf Al-Ghandour, Vice President for Graduate Studies and Research, and officials of the Saudi Consulate in Alexandria. President Abdel Fattah El-Sisi, President of the Republic, issued a decision appointing Dr. Ashraf Hussein El-Ghandour as Vice President of Alexandria University for Graduate Studies and Research Affairs.
It is noteworthy that Dr. Ashraf El-Ghandour graduated from the Faculty of Medicine, Alexandria University, and obtained a doctorate in hematology in 1997, and held many positions during his career, as he held the position of Head of Internal Medicine Departments at the Faculty of Medicine, Alexandria University, and the position of Vice Dean of the Faculty of Medicine for Postgraduate Studies and Research during the period From 2015 to 2020, he was assigned to carry out the work of the Dean of the College in addition to his position as Vice Dean of the College from August 2016 to October 2016. Al-Ghandour also held the position of Head of the Hematology Unit in the Internal Medicine Department from August 2013 to December 2014, and the Technical Supervisor of the Internal Medicine Department from From 2009 to 2010, he is the founder of the bone marrow transplant unit at Al-Mowasat University Hospital. As for the research aspect, El-Ghandour is involved in many international multicenter research plans as a principal researcher, and has many research published in the largest international scientific journals, especially in the field of hematological cancer.