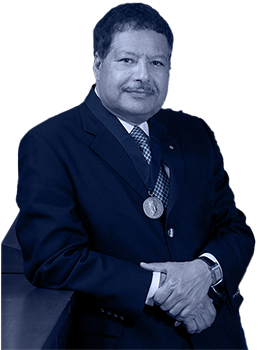 Dr.Ahmed Zewail is graduated from the Alexandria University and is an Egyptian scientist who won the Nobel in Chemistry in 1999 for inventing imaging system very fast which works by using laser and has the ability to monitor the molecules movement as they arise and in time of Coalescence to each other , the unit of time of picking up the picture is femtoseconds which is part of a million billion partof a second, it has helped to quickly identify many diseases and also he has several patents for many scientific instruments.

His development and education:

- Ahmed Hassan Zewail was born in 1946 in Damanhur, and then he moved with his family to Desouk in Kafr el-Sheikh where he grew up and received his basic education.

-He joined the Faculty of Science Alexandria University after high school and obtained the Bachelor of Science with degree excellence with honor in 1967, his major was chemistry and he worked as lecturer at the college and then got a master in a research in the field of light.

- He traveled to the United States in a scientific scholarship and received his Ph.D. from the University of Pennsylvania in laser sciences. Then he worked as a researcher at the University of California (1974-1976) and then he moved on to work at the "Caltech" University which is one of the largest scientific universities in American.

- He stepped gradually in the academic scientific positions at "Caltech" University until he became an emeritus professor of chemistry which is considered as the highest scientific position of a university in America to be as a successor to the American scientific "Linus Pauling" which won the Nobel twice, first in chemistry and the second in peace.

-He published more than 350 scientific researches in the international specialized journals such as Science magazine and Nature magazine.

- He works as distinguished visiting professor in more than 10 universities in the world along with the American University in Cairo.

- He gave hundreds of lectures all over the world, and his name appeared in the honor list of the United States, which includes the most important figures who contributed in the renaissance of America and was listed No. 18 of the 29 figures as the most important laser scientific of the U.S. (This list includes Einstein and GrahamBell). 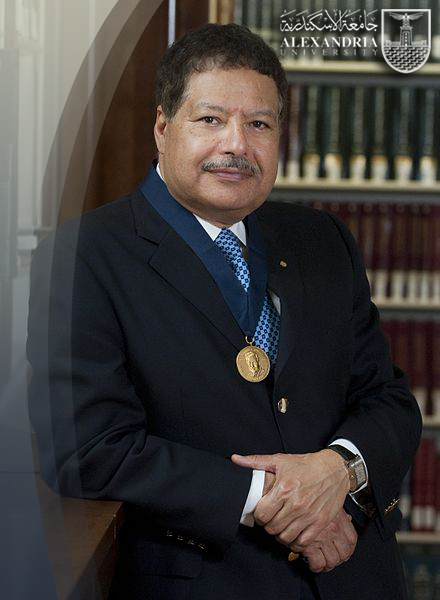 • Medal of Science and Arts Academy of Netherlands

• he received an honorary doctorate from Oxford University England , the American University in Cairo and Alexandria University

• King Faisal Award in Science and Physics in 1989.

• Benjamin Franklin Award in 1998 for his work in the study of chemical reaction at time of micro (Femtosecond) called femtochemistry.

• Nobel Prize for Chemistry for his achievements in the same field in 1999.

• He was elected by the Pontifical Academy to become a member and to get his golden medal in 2000.

• The annual Award of the American energy ministry in chemistry.

• "Kars" Award from the University of Zurich in chemistry and nature which is the largest scientific prize in Switzerland.

• He was unanimously elected as a member of the American Academy of Sciences.

• His name was on the list of honor in the United States of America.

• He Was honored in Egypt where he won several Egyptian awards including the Order of Merit of First Class from President Hosni Mubarak in 1995, and the Great Collar of the Nile which is the highest medal of Egypt, his name was given to some streets and squares, also the postal issued stamps with his name and image, AlexandriaUniversity gave him the Honorary Doctorate and the Opera Salon was named after him.

• In April 2009, the White House announced the selection of Dr.Ahmed Zewail in the counselor Council of the American president for science and technology which includes 20 distinguished scientists in many areas.