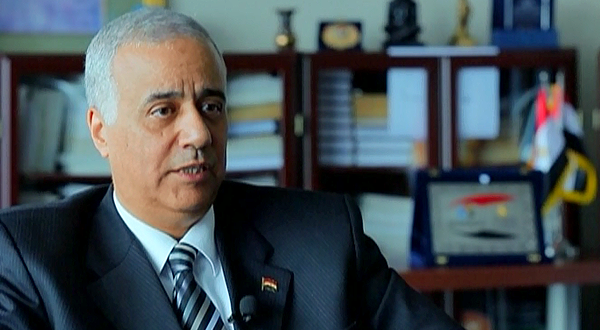 He has played a prominent role in enriching the educational and cultural process and representing Egypt in a number of international forums, where he was appointed as a cultural advisor and director of cultural and educational relations in the United States of America and Canada and served as Secretary General of the Education Development Fund under the chairmanship of the Council of Ministers.

- Vice President of Alexandria University for Community Service and Environmental Development as of November 2015.

- Cultural Counselor and Director, Bureau of Cultural and Educational Relations - Canada from May 2014 to October 2015.

- Cultural Counselor and Director of the Office of Cultural and Educational Relations - USA from July 2014 to September 2014.

- Secretary General of Education Development Fund - Presidency of the Council of Ministers (2009-2012).

- Professor of Structural Analysis, Faculty of Engineering since 2004.

- Assistant Lecturer at the faculty as of 1985.

He held a number of positions:

- President of the program of restructuring the academic programs and administrative system of the Faculty of Engineering - Alexandria University.

- Supervise the implementation of the program VT-MENA For Graduate Studies and Research (Cooperation Agreement between the Ministry of Higher Education and Virginia University - USA and the University of Alexandria).

- President of the project of building the new women's hospital and the blood bank and the new Mowasa Hospital - Alexandria University.

- Member of the Evaluation Committee of Engineering Institutes (2008-2014).

- Member of the Committee for Evaluation of Distinguished Engineering Programs (2008-2014).

- Member of the steering committee to activate the cooperation agreement between the Industrial Training Council and the University of Alexandria (2006-2009).

- Member of the Central Planning Authority  in Alexandria Governorate (2000-2004).

- Member of Egyptian Concrete Association since 1992.

- Shield and Certificate of Merit from the Engineers Syndicate 1981 (with Honors degree).

- Academic Excellence Scholarship from the Ministry of Higher Education, 1976-1981.

- Access to many educational development projects (international projects and project management unit of the Ministry of Higher Education).

Experience in international agreements and projects

- President of the New Alexandria University Hospital Project in cooperation with the Ministry of Finance and the World Bank.

- Supervisor of the implementation of Virginia Tech agreement with the Ministry of Higher Education and Alexandria University (2008-2009).

- Supervisor of the implementation of the international educational system in the Egyptian Nile schools with the University of Cambridge UK 2009-2012.

- Supervisor of the implementation of the educational agreement for integrated technology complexes with the British Edexcel Commission 2009-2012.

- Agreement with the French Cultural Center on the implementation of the French language agreement in the Egyptian Nile schools 2011.

- Agreement with the Italian government on the implementation of the educational agreement and the establishment of the technological complex in Damou Governorate, 2011 .

- Agreement with the German Construction Bank to establish a technological education complex in Assiut, 2012.

- Agreement with Korea's KOICA on the establishment of an educational complex on the tenth of Ramadan 2012.

Previous work in the field of specialization

* Structural design and supervision of the implementation of many public and private buildings, including:

- Works of development and renovation of all buildings of the Faculty of Engineering - Alexandria University.

- Development and renovation works of all buildings of the Girls University hostel in El-Shatby.

- Renovation of all buildings of the Boys University hostel in Smouha.

- Many housing projects in Alexandria.

- Technical engineering consultations for hundreds of public and private buildings and monuments, preparing technical engineering reports for their structural and the method of restoration in case of repair, as well as evaluation work, and feasibility studies .

- Participate in teaching courses and training programs for the engineers of Alexandria Governorate and its neighborhoods for modern practical scientific topics and how to apply them in the field of protection of concrete structures exposed to earthquakes and applications of the Egyptian code.