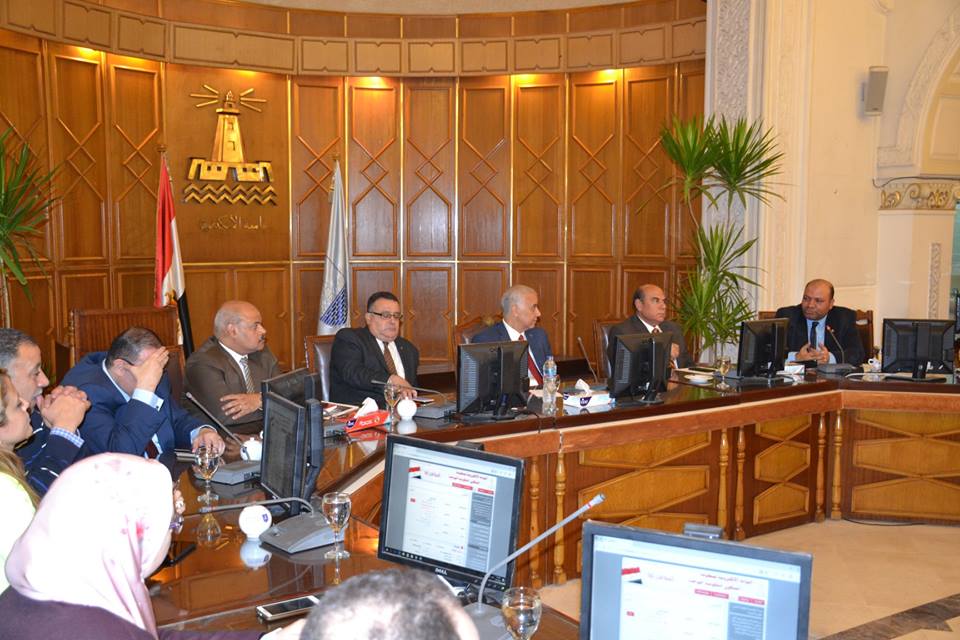 Dr. Essam El Kordi, the President of Alexandria University said that Alexandria University has achieved great boost in 7 scientific disciplines according to Shanghai Ranking results for scientific and literary disciplines at global level in 2018. He said that this is the first time the university to be included in the Veterinary sciences and Dentistry Medicine, coming inside the range 201-300 in the world.

Also, the university occupied advanced places in electrical and electronical engineering and in Pharmaceutical Sciences, coming inside the range 301 to 400, in addition to chemical, energy science of engineering and agriculture sciences where it occupied places from (410 to 500).

Dr. Kordi added that in the frame of the state attitude towards the global classification of the Egyptian Universities, two committees were formed headed by Dr. Mokhtar Youssef, Vice President of the University for Researches and Graduate Studies and Dr. Essam Khamis, the President Advisor for Global Classification and Scientific Research. He indicated that the first committee will work on improving the global classification of Alexandria University where the committee members will represent faculties and institutions of the university. The second committee will provide technical support of the university magazines and it will invite the local and expat experts to improve the university magazines published in English and Arabic language on Hollandia Elsevier and American Web of Science.

The president said that the university conducts workshops for chief editors of the scientific magazines to be aware about indexation and indicated that the magazine of the Faculty of Engineering was indexed in Elsevier in addition to uploading of another four magazines on the Egyptian Knowledge Bank. He also asserted that the Magazine of the Faculty of Medicine will be indexed in Taylor and Francis publisher.

The Rector appraised the efforts of Alexandria University staff resulted in that great achievement that can be considered as an indication on the development of the education process and scientific research in the university.